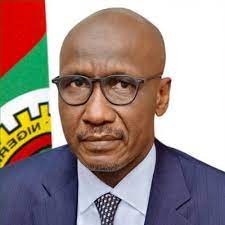 At the plenary on Tuesday, the House particularly asked NNPCL to “end this artificial scarcity within the next one week in order to ease the suffering of Nigerians,” while calling on the Nigerian Midstream Downstream Petroleum Regulatory Commission to “seek collaboration of the Nigeria Police Force and the DSS to ensure that fuel is sold at the regulated price and in all retail outlets.”

The House further mandated its Committees on Petroleum Resources (Downstream) and Legislative Compliance to ensure compliance with the resolution.

The resolution was based on a motion of urgent public importance moved by a member of the House, Musa Abdullahi, titled ‘Urgent Need for the Government to End the Current Fuel Scarcity.’

Moving the motion, Abdullahi noted that in the last few months, Nigerians have been subjected to untold hardships caused by the lingering petrol scarcity, affecting economic activities and making the already trying times in the country more difficult.

He said, “The House is concerned that intelligence reports on current fuel scarcity gathered by our securities agencies indicated that there is a deliberate plan by some oil marketers to derail the effort of the government in the distribution of fuel in the country by hoarding the petroleum products and, thereby, creating artificial scarcity all over the country.

“The House is further concerned that while the fuel scarcity is heating petroleum stations of some major marketers that are currently selling fuel on government regulated price, some independent marketers who operate in the market have enough petroleum products selling at unregulated prices.

“The House is worried that most of those fuelling stations have resulted in selling fuel at over N300 per litre. It is observed with dismay that those who are gaining from this artificial fuel scarcity appear to be smiling home as a result of this ugly development and this has the potency to provoke innocent Nigerians against the Government.

“The House is further worried that generally, there is a hue and cry over this ugly development and, unfortunately, those that are charged with the responsibility of taking control of this situation are not doing enough to combat the ugly development. This appears to be a dangerous signal that the government must tackle without further delay to restore normalcy.

“The House is disturbed that lingering fuel scarcity has compounded the woes of millions of Nigerians struggling to survive, as prices of items continue to make a rapid surge. It has added a high cost of living to Nigerians which surged to a 17-year high of 21.09 per cent in October this year.