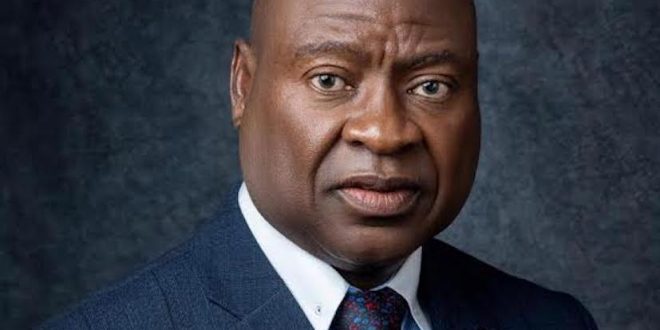 The Industrial Training Fund (ITF) has called for more educational options to boost apprenticeship scheme in the country towards tackling the nation’s unemployment problem.

The Director-General of ITF, Sir Joseph Ari, who made the call at the ITF second national summit on Thursday in Abuja, said the present educational system has failed to meet the requisite skills needed in the country.

“With the high unemployment rate in the country, it will not be farfetched to conclude that our current model of learning has failed to live up to its purposes and therefore, the need to consider additional educational options that will serve to boost our national apprenticeship scheme.

” I believe that this summit will provide us with the platform to finally articulate strategies for a robust apprenticeship scheme in the country,” Ari said.

The ITF boss said the Agency, since its inception, has pursued its mandate with single-mindedness and vigour, training over 22 million Nigerians whose contributions to the growth of the various sectors of the national economy cannot be easily quantified.

” In implementing its mandate, as far back as 1978, the Fund commissioned a study of In-plant and Apprentice Training in Nigeria, the outcome of which gave birth to the development of the National Apprenticeship Scheme. Consequently, the Fund established a Vocational Apprenticeship Training (VAT) Department that has evolved into the Technical and Vocational Skills Training Department (TVSTD) today, to take charge of the conduct of the scheme.

” In execution of its function, the Fund promotes apprenticeship/skills training by liaising with employers of labour,” Ari said.

While saying that the theme of this year’s summit, ‘Institutionalizing Apprenticeship and Traineeship for National Development,’ was apt considering the present situation in the country, Ari lamented the unemployment problem in the country, positing that apprenticeship schemes remain the magic wand to solve the problem.

“The choice of this theme was deliberate because of soaring unemployment and poverty in Nigeria and how we can apply apprenticeship in resolving these bearing in mind how well it worked miracles for countries that took that route when they contended with issues such as we are facing now.

“According to the National Bureau of Statistics on Labour Force Statistics, Unemployment and Underemployment Report of Q4 2020, the number of unemployed persons in the economically active or working age (i.e15 to 65) was 122,049,400. Of this number, 69, 675,468 were willing to work, but only 46,488,079 were in paid employment. What could be inferred from the survey was that over 23 million Nigerians that were perhaps qualified and willing to work were without jobs.

” It also showed that the unemployment rate among the youth (i.e. people between 15 to 35 years) was up by 8 per cent from 34.9 per cent to 42.5 per cent, which was the highest among other age groupings within the period under review.

” Despite this high unemployment rate, especially among the youths, a Skills Gap Assessment of Six Priority Sectors of the National Economy conducted by the ITF in collaboration with the United Nations Development Organisation (UNIDO) revealed that rather than the absence of jobs, vacancies still exist in several sectors of the national economy that either could not be filled by Nigerians because of the lack of requisite skills or were being filled by foreigners.

“The question that arises from this paradox is, how can we plug these gaps using apprenticeship? The answer to this question can be found in countries such as Germany, China, Australia, USA and others that at various times faced similar challenges such as we are contending.

“What they did was to pour greater investments in skills acquisition and apprenticeship training,” Ari said.

On his part, Minister of Industry, Trade and Investment, Adeniyi Adebayo, who commended ITF for its various schemes geared towards boosting employment, expressed concerns over inadequate requisite skills in the country, even as he expressed confidence that the summit would proffer solutions to the problem.

“What the Government, however, finds quite worrisome is that although most of our programmes get the expected outcomes in terms of jobs created, Nigerians with the requisite skills are shockingly lacking even as unemployment and poverty perpetuates.

” Therefore, dialogues such as we are having today are key to unraveling what the challenges are. To my mind, skills acquisition for Nigerians across the country is vital if we can overcome our challenges.

” Apprenticeship and Traineeship, which is one aspect of skills acquisition will play a key role given the numerous advantages it offers and its efficacy in solving some of the challenges we are facing in climes it has been fully explored.

” Among its many comparative advantages, successful apprenticeships and traineeship have the potential to generate and build new skills, provide the most efficient way to train all-round craftsmen to meet present and future needs, assure an adequate supply of skilled workers to fill employment opportunities, assure the community of competent craftsmen, skilled in all aspects of their trade, provide versatility necessary to meet changing conditions, open the door to new opportunities, improve your employability status, ” the minister said.

On her part, Minister of State for Industry, Trade and Investment, Mariam Katagum, expressed delight that thousands of Nigerians are being trained by ITF on various skills acquisition programmes, adding that the summit would further catapult the success stories of the Agency.

Her words : “I have been informed that in continuation of its efforts, the ITF is currently training several thousand Nigerians under the N-Build programme of Ministry of Humanitarian Affairs and Social Services.

” Today’s event is therefore not an exercise in claptrap but a commendable effort by an Agency that is determined to drive the achievement of the aspirations of the Federal Government which is committed more than ever to lift the country out of poverty and reduce unemployment and return it on the path of sustainable growth and economic stability.”