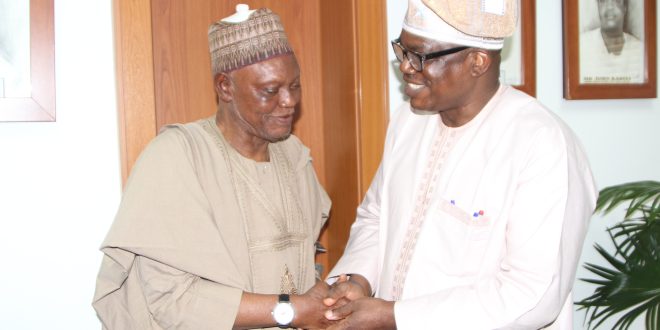 The Minister of the FCT, Malam Muhammad Musa Bello has pledged the support of the FCT Administration to the Independent National Electoral Commission for the successful conduct of the 2023 elections in the nation’s capital.

He thanked the Commission for the preparations made so far for the conduct of the elections and said the FCT had also made efforts at sensitizing members of the public on the collection of their Permanent Voters Cards (PVCs).

He said “I want to believe that the FCT is among the States with a very low uncollected PVC, but we still believe that much can be done. We want a situation where hundreds of PVCs will be collected so that, nobody would say it is because I did not get my PVC, that’s why I did not vote.

That is why we empowered the Special Assistant to the Hon. Minister to start ward to ward sensitization in the FCT to engage the people so that everybody can collect their PVCs and get ready for the election” he added

The Minister also said that remarks from the REC that INEC was fully prepared for the election lends credence to the commitment of President Muhammadu Buhari that he will bequeath to Nigeria, a very credible and transparent election.

He also commended the FCT INEC for its overall efforts in ensuring the success of the 2023 elections saying “We want to thank you for all the arrangements that have been put in place and more importantly, thank FCT INEC under your watch for giving great support to the National INEC to ensure that the conduct of election in FCT is done with precision”.

Speaking earlier, the FCT REC Alh Yahaya Bello said that the INEC delegation was at the FCTA to acquaint the FCT Minister on the level of preparedness of the FCT INEC for the 2023 elections and also to thank the Minister for the support granted to the Commission so far.

He said “One of the reasons we are here is to express our appreciation and gratitude to the Hon. Minister and the Ministry, especially when we conducted our continuing voters registration exercise. We had received all the cooperation that we needed from the Hon. Minister and the Ministry in the conduct of the exercise, in terms of venue and everything”.

He was particularly appreciative of the Minister’s approval for the use of the Old Parade Gr0und for the continuing voters’ registration exercise, saying “The Minister and the Ministry graciously, not only availed us the use of the Old Parade Ground but shouldered the responsibility of maintaining law and order and security during the days that we used it to conduct continuing voters registration exercise. In fact, without that gesture, so many other people would not have been in a position to have participated in the programme and collect their PVCs”

He assured the FCT Minister of the preparedness of INEC to successfully hold the election saying the under performance of the BVAS machine during the FCT Area Council elections had led to improvements being made on the equipment.

In the words of Alh. Bello “The non-performance of the BVAS as we expected has resulted in a lot of improvement of the machinery itself, which was very amply demonstrated when we conducted other separate elections after the FCT.

We went to Ondo, we went to Ekiti, we went to Anambra State and we went to Osun State. I will say that I was opportune to have gone to these three States as a supporting REC and I witnessed the performance of the BVAS as against what transpired during the FCT elections and I want to assure you that this time around, the Presidential elections, the BVAS will perform very well in the FCT”. He added.