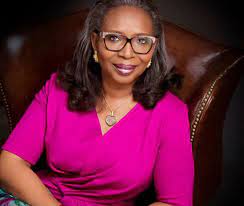 First Bank Plc has said that it gave out a total of N58bn, in form of loans to over 81,000 female entrepreneurs and professionals, in 2020.

The disbursement is part of its efforts at empowering the nation’s feminine gender.

The bank’s Chief Executive Officer, Dr Adesola Adeduntan, made the disclosure at this year’s First Gem Annual Conference 4.0., tagged ‘The Art of Negotiation’.

Adeduntan said that besides the loan facilities, the bank had also built an agent banking network of about 24,500 female agents, representing 28 per cent of the agents on the bank’s network.

According to him, the bank, through the FirstGem initiative, is committed to supporting the contemporary woman’s financial services needs across the various stages of her life.

Adeduntan explained that the bank is also leveraging the Agent banking proposition, as a way of closing the gender gap and tap into the rich and overlooked base of the pyramid customer segment (that is predominantly women).

“We are doing this with the realisation that failure to fully harness women’s productive potential represents a missed opportunity to drive accelerated global economic growth,” he stated.

The FirstBank’s boss described FirstGem as an initiative aimed at empowering women to make confident and sound decisions, regarding their business, family, and future.

He expressed delight that the nation’s women entrepreneurs are increasingly embracing the bank’s proposition and getting empowered, as evident in its agent banking initiative.

While charging the nation’s women, especially the female entrepreneurs on the need to be financially independent, the First Bank’s boss advised them to leverage the FirstGem Initiative to enable them to chart their own career path, successfully.

Speaking at the event, the Chairman of the bank, Mrs Ibukun Awosika charged women entrepreneurs on the need to create advantages, by educating themselves.

“As a matter of fact, you have some disadvantages to deal with, that is why it is important you create some advantages for yourself, and part of that advantage is educating yourself so that you will be able to compete effectively with others,” she stated.

Awosika also counselled them to be abreast of developments around the world; since there is a global reference point that affects the way businesses are being presently run.