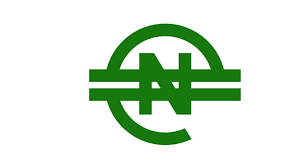 The Central Bank of Nigeria has integrated 33 Banks into the eNaira platform with N500m successfully minted by the apex bank for the take off of the digital currency programme.

The CBN Governor, Mr Godwin Emefiele, said this on Monday at the official launch of the Nigerian Central Bank Digital Currency (CBDC), known as the eNaira, at the State House, Abuja.

The launch of the eNaira is a culmination of several years of research work by the Central Bank of Nigeria in advancing the boundaries of payments system in order to make financial transactions easier and seamless for every strata of the society.

Following series of engagements with relevant stakeholders including the banking community, fintech operators, merchants and a cross section of Nigerians, the CBN designed the digital currency.

The eNaira, according to the apex bank, marks a major step forward in the evolution of money in Nigeria.

Speaking at the event, Emefiele said since the eNaira platform went live, there has been overwhelming interest and encouraging response from Nigerians and other parties across the world with over 2.5 million daily visits to the website.

He said so far, N200m has been issued to financial institutions, while over 2,000 customers have been onboarded.

According to him, over 120 merchants have successfully registered on the eNaira platform.

He said, “Today, customers who download the eNaira Speed Wallet App will be able to onboard and create their wallet; fund their eNaira wallet from their bank account; transfer eNaira from their wallet to another waller; make payment for purchases at registered merchant locations.

“Mr President, today you make history, yet again, with the launch of the eNaira – the first in Africa and one of the earliest around the world.

“Mr. President, as you make ground breaking reforms, there have been continuing debate on the true value of the Naira.

“Rather than worry today on the direction of the exchange rate, let us take a step back and analyze how we got here in the first place.”

Nigeria’s Minister of Finance, Budget and National Planning, Zainab Ahmed, has responded to recent criticism about borrowing under her watch.

Ahmed said this at the ongoing 27th National Economic Summit in Abuja.

President Muhammadu Buhari and the minister were recently under attack for the country’s rising debt levels which the Debt Management Office said is N87.2trn or $33.1bn as of March 2021.

In the N16.39trn 2022 budget appropriation presented by the president, the deficit was put at N6.26trn and it’s to be financed through borrowing of N5.01 trn.

Nigeria’s debt service to GDP ratio had hit 73 per cent based on figures released by the Finance Minister earlier this month.

Previous E-Naira Will Boost Nigeria’s GDP By $29bn in 10 years, Says Buhari
Next IPMAN Fume over members’ fund trapped in DPR, others