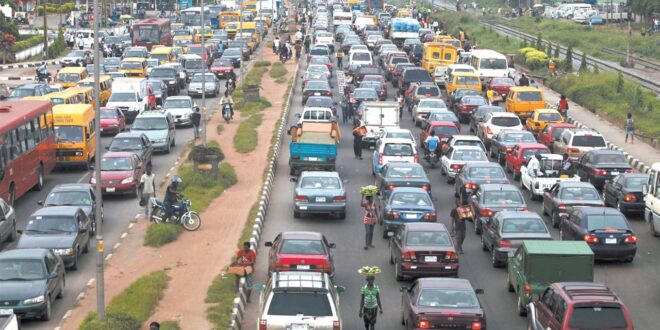 The Minister of Works and Housing, Mr Babatunde Fashola on Thursday said that the Federal Government is currently implementing 896 road and bridges contracts covering over 13000 kilometers in all the states of the federation.

He also faulted the decision of the administration of former President Olusegun Obasanjo to repay the country’s external debt obligations in 2005.

Fashola said he would have opposed the decision of he was a member of the federal cabinet at that time because the repayment of the nation’s debt.

He spoke at a townhall meeting organized by Business Hallmark on the theme, “Nigeria’s infrastructure revolution; Road to a new future.”

Nigeria’s total public debt stock had in recent times been on the increase as a result of the drop in revenue generation.

Following the Paris Club action, the deal was completed on April 21, 2006, when Nigeria made its final payment and its books were cleared of any Paris Club debt.

This means Nigeria under Obasanjo  paid the sum of $12bn out of the $30bn debt while the balance of $18bn was wiped off under a debt forgiveness arrangement.

But Fashola, a former Governor of Lagos said that with the country facing huge infrastructure deficit at the time the loan was repaid, Obasanjo’s administration should have requested the rescheduling of the debt with its creditors.

He argued that if the $12bn cash that was paid to the creditors at that time was channeled into investment in infrastructure, Nigeria’s economy will not be where it was when the administration of President Muhammadu Buhari commenced in 2015.

He said, “Our government in 2005 as a matter of policy decided to go and pay debt of $12bn cash but our house was in very dire need. That was a policy choice. I would have opposed that decision if I was in government because we needed to invest urgently at that time.

“If we had invested, the results of those investments would have earned us more revenues, much more income and will put us in a better position to service those debts. Fast forward to 2015, after paying $12bn, we are now owing $32bn.”

“We look for the resources, invest them in infrastructure and use the returns to pay back this loan.”