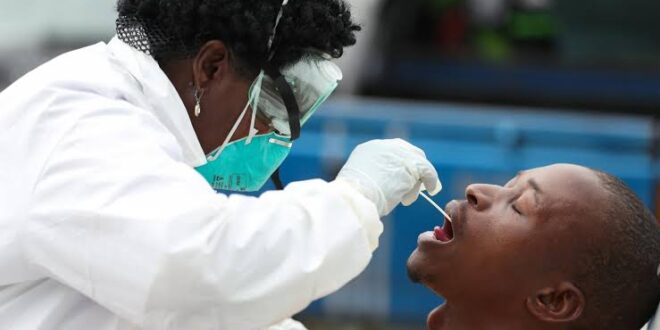 The Nigeria Centre for Disease Control has reported 404 new confirmed cases of COVID-19 infections on Wednesday.

This bring the total confirmed cases across the nation to 171,728, with 164,837 patients discharged and 2134 deaths recorded in 36 states and the Federal Capital Territory.

Nigeria, since the detection of the Delta Variant has seen a continued increase in the number of infections recorded, as the latest infections (404) represent the highest number of cases reported on daily basis in the past four months.

The Delta variant, according to the World Health Organisation is a variant of concern, due to its high level of transmissibility.

Nigeria, according to NCDC has so far tested more than 2.4 million samples, with 4,737 active cases as at July 27.

It said, “Get a COVID-19 vaccine, when it is available to you.

“Wear a mask that covers your nose and mouth to help protect yourself and others.

“Stay six feet apart from others who don’t live with you. Avoid crowds and poorly ventilated indoor spaces and wash your hands often with soap and water.

“Use hand sanitiser if soap and water aren’t available.”