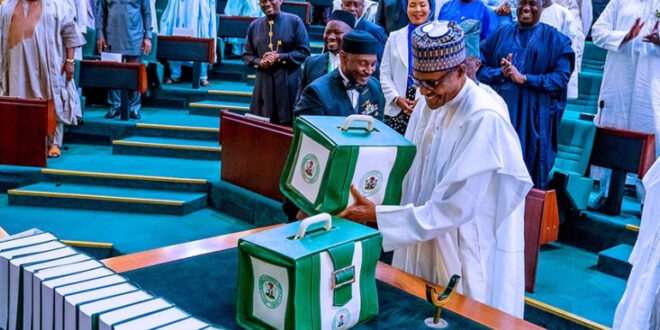 The assent of the President is coming 19 days after the supplementary budget was passed by the National Assembly.

This was disclosed to State House Correspondents by Senior Special Assistant to the President on National Assembly Matter (House of Representatives), Umar Ibrahim el-Yakub.

According to the el-Yakub, the newly signed Act will largely focus on funding security and health concerns.

The House Committee on Appropriations raised the amount by N86, 887, 229, 426 in its report laid earlier on Tuesday.

The House had considered the recommendation as a Committee of Supply and unanimously adopted the report in plenary.

The cover letter on the bill presented to the National Assembly by Buhari , had read in part, “The supplementary budget request is for a total sum of N895, 842, 465, 917.

“We propose to fund N45.63bn of the N83.56bn required for the COVID-19 vaccine programme by drawing on existing World Bank loans which will be structured as well as other grants totalling $113.2m.

“The balance of N37.93bn required for COVID-19 vaccines, salaries and other health-related expenditure totalling N41.6bn and N48.2bn recurrent components of defence and security will be funded by borrowing N135bn from some special reserve levy accounts.

“We propose to fund the balance of N722.4bn for capital expenditure on defence and security and capital

supplementation from new borrowings in the absence of any supplementary revenue sources.”

The Çhairman of the committee, Muktar Betara, while explaining the increment, had said, “The proposal submitted by Mr President was in the sum of N895, 842, 465, 917, with the objective of making funds available for the military, COVID 19 Program and additional funds for Public service wage adjustment.

“The committee engaged with relevant parties such as the Hon. Minister of Finance, Budget and National Planning; the Budget Office of the Federation and the leadership of the relevant standing committees.”