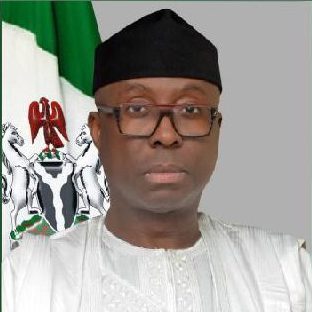 The newly inaugurated President of The Nigerian Association of Women Entrepreneurs, Chief Vera Ndanusa has charged government at all levels to ensure that the Girl-Child was also included in economic policies as a means of facilitating young Entrepreneurs.

She said this during her inauguration as the President of the Association.

According to her, “Government and international agencies should tailor their programmes to encourage empowerment of women in sustainable agriculture while financial institutions should be women friendly in their lending considering women’s role in food security.

“When it comes to farming, women in Nigeria are mostly subsistence farmers; now that we have made a decision on agriculture, the first thing is to assess lands and funds that will empower small scale farmers.”

She said these just as the Federal Government in a bid to promote industrial development in Nigeria has disclosed that more Small and Medium Enterprises owned by women would be given attention as a means to facilitate trade in the country.

Speaking on Thursday in Abuja at the inauguration of the new President of Nigerian Association of Women Entrepreneurs, the Minster of Industry, Trade and Investment, Otunba Adebayo, said the ministry had mainstreamed gender issues in it’s mandate of industrial development.

He said, “Women constitute part of the human resources with which both firms and government can optimize being objective function.

An economy that successfully attracts and nurtures entrepreneurs in various categories is likely to sustain economic growth.

Represented by an Assistant Director in the Ministry, Hajara Usman, the Minister explained that the population of women in the country was significant and it’s effects could not be downplayed in the matters of economic growth.

He, therefore commended NAWE for contributing to the National Gross Domestic Product (GDP) and also asked them to do more.