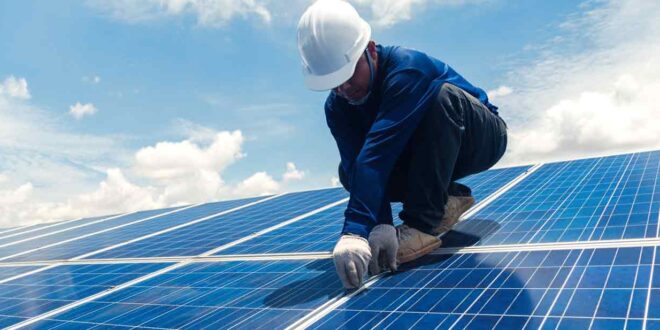 The President of the African Development Bank Group, Dr Akinwumi Adesina, said the bank was working on a Desert-to-Power Initiative, which would lead to the development of 10,000MW of solar power in the Sahel of Africa, providing electricity to 250 million people.

He said this while giving his opening remarks at the Knowledge Event 1 of the bank’s 2021 Annual Meeting, a three-day virtual event that started on Wednesday.

The theme of the Friday event was ‘Climate Change and Green Growth’.

Adesina said Africa needed massive support to adapt to climate change, which has had devastating effects on the continent, adding that Africa should focus on climate resilience and green recovery.

He said, “As Africa builds back from the effects of the COVID-19 pandemic, it should do so with greater priority to climate resilience and green recovery. The imperative to do so is very clear.

“Africa, which contributes less than four per cent of global greenhouse gas emission, is facing the worst effects of climate change. The effects are manifested in the droughts in the Sahel, the drying up of the Lake Chad Basin, and the Climate-related swarms of desert locusts in Eastern Africa.

“We feel it with the tropical cyclone that devastated Mozambique, Zimbabwe and Malawi, which left 800 people dead with $200bn in losses.

He added, “The African Development Bank is taking bold actions to build climate resilience for African countries, which is why the bank increased the share of total financing devoted to climate from nine per cent in 2016 to 35 per cent in 2019. We are expected to reach 40 per cent by the end of 2021.”