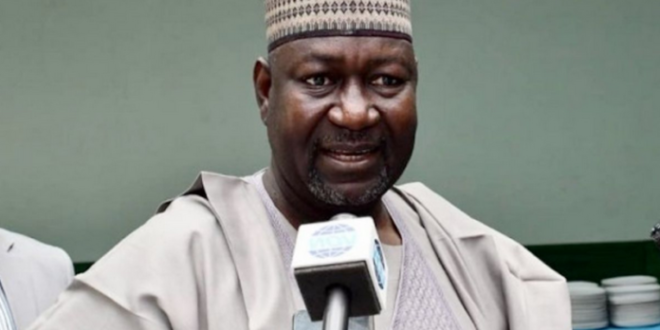 The Federal Government, said that the six power substations nearing completion in various locations in the Federal Capital Territory would boost electricity transmission by over 1,000 megawatts.

It also stated that the 700 megawatts Zungeru Hydropower Project in Niger State would have been completed since January this year but was stalled by insecurity in the area.

The Minister of Power, Abubakar Aliyu; Managing Director, Transmission Company of Nigeria, Sule Abdulaziz; and officials Federal Ministry of Power and TCN, inspected the substations ahead of the proposed inauguration of some of them next month.

Speaking to journalists during the inspection tour, Aliyu said the projects would grow the wheeling capacity of TCN by over 1,000MW.

He said, “This is a TCN project and is called the Abuja Ring Project. This project, which is about six, combining lines and substations, has a brand new substation in Gwarimpa that will be completed this month or in December.

He named some of the power projects to include the Dawaki, Old Apo, New Apo and Kuje transmission substations, among others.

The minister said one of the mega transformers acquired by the Federal Government from Siemens had been cleared at the ports and would be installed at the Old Apo substation.

He said the facility would have been installed if not for the floods that delayed the movement of heavy duty trucks recently, noting that the New Apo substation was funded through a $170 loan from the French Development Agency.

The minister expressed satisfaction with the pace of work at the project sites and assured Nigerians that some of the substations would be ready next month.

Aliyu said, “The work is going on very well and the quality is also good. We will have staggered completion because they are different projects. Some have certain challenges and we will look at them critically to see how we can solve them.

“The challenges mostly involve the clearance of the goods at the ports, which is delaying the completion of some of them. But, in fact, the Dawaki project is over 90 per cent completed, as well as others.”

Meanwhile, the minister called for patience among Nigerians with regard to power supply, stressing that the various electricity projects across the country would take time to complete.

On the 700MW Zungeru Hydropower Project, Aliyu said he was at the facility last week but stated that the power plant had suffered undue delay due to the level of insecurity in Niger State.

When asked whether insecurity was disrupting some power projects, including Zungeru, Abubakar replied, “Are you not a Nigerian?

“Sure, of course, but we are working round the clock to ensure that we face it head on. The military and others are helping in that regard. We would have completed Zungeru since January, but the insecurity there stalled the progress of the project.

“But now, everything is resolved, the military and other security agencies have brought in men to assist in securing that area.”

He said work had resumed at the project site, adding that the plant, when completed, would further grow the country’s output in terms of power generation.