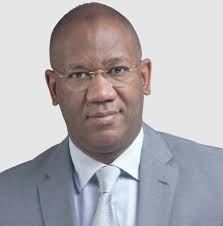 Baba-Ahmed, the founder of Baze University, Abuja, was announced as the LP vice-presidential candidate in Abuja on Friday.

The 46-year-old was a former lawmaker who represented Kaduna North  Senatorial district.

Baba-Ahmed’s announcement was coming barely 24 hours after the Director-General, Peter Obi Campaign Organisation, Doyin Okupe, announced his withdrawal as the VP candidate of the party.

Okupe who announced his withdrawal via his verified Twitter handle @doyinokupe noted that his party would announce the new running mate to the presidential candidate.

“This afternoon I submitted my withdrawal letter from the position of the Vice Presidential candidate of the Labour Party to INEC. A replacement will be announced by d national chairman of d party shortly. I feel greatly blessed to have been part of the foundation of success 4 the LP,” Okupe tweeted.

The ruling All Progressives Congress, the Labour party had named Okupe as the interim vice presidential candidate of the LP in order to beat the deadline by the Independent National Electoral Commission.

Speaking at the event on Friday, Obi, who apologised for the postponement of the event from Thursday to Friday, said the unveiling signals the party and his resolve in the journey to “take back Nigeria”.

“It is good to be here today after weeks and months that we have gone round, consulted and searched around and looked for somebody who fits the bill of what we are trying to do.

“Today, I am proud to say I have been able to meet and secure somebody who is eminently qualified and fits the bill to be the Vice President of Nigeria.

“I know people will say you are not there yet, but I can tell you, I know where we are going,” Obi said.

Continuing, he said, “This is our right to secure, unite and make Nigeria productive. And you can’t do that without having people who have similar visions, ideas and are prepared for the task. So, I have the honour today to present to you, God willing, Nigeria’s next Vice President in the person of Senator Yusuf Datti Baba-Ahmed.

Obi had on Wednesday opened up on his choice of running mate, saying he preferred a younger person as his vice-presidential candidate.

He added that he prefers a younger person who has something to offer to complement his ticket rather than recycling old hands who had been in the government before now.

He said, “We’re talking to a quiet number of people and Baba-Ahmed is a capable hand and I wish he is the one. But I wish I can work with somebody who is younger.

“I prefer younger people with fresh ideas who have a lot to offer rather than recycling old hands. I want a competent person and I am building a formidable team.

“I want people who can look me in the eye and disagree with me during cabinet meetings. People who have their own minds and ideas. If you agree with me in three meetings then you are gone because that means you don’t have your own ideas. I want people and cabinet members who can say ‘Mr. President, you are wrong’.”

“Therefore, I have chosen a route that I consider to be in line with our aspirations and my mantra of taking the country from consumption to production; and that is the Labour Party which is synonymous with the people, workers, development, production, securing and uniting Nigerians as one family.

“I invite all Nigerians to join me in taking back our country. Be assured that I’ll never let you down.”

48 hours before joining LP, Obi in a letter addressed to the National Chairman of the PDP, Senator Iyorchia Ayu, said recent developments within the PDP had made it impossible for him to continue in the presidential race under the platform