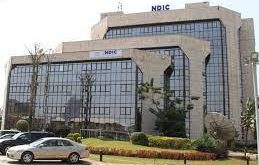 Analysts at Financial Derivatives Company Limited have said Nigeria’s inflation rate will rise further in the first quarter of this year.

The firm, in its presentation at the LBS Breakfast this month, said the inflation rate is projected to rise to 15.86 per cent in January and maintain the momentum in February.

The National Bureau of Statistics had in January said headline inflation rose to 15.36 per cent in December, after declining for eight consecutive months.

According to FDC, the anticipated spike in inflation rate in Q1 will be driven by the exchange rate pass-through effect, high liquidity, higher energy cost, insecurity in parts of the country, the postponement of fuel subsidy removal, among others.

The analysts also expect the value of the naira to depreciate in the foreign exchange market in the near term.

According to them, the naira is likely to weaken to N420/$ at the official window and N575/$ in the parallel market as a result of excess liquidity.

They said in Q1, “CBN is expected to increase its interventions in the forex market to meet manufacturers’ demand and increase efforts towards exchange rate convergence.”

On movement in external reserves, FDC expects further depletion in the reserves from an average of $39bn recorded as of February 3.

It said the emergence of the Omicron virus and travel restrictions imposed on Nigeria would negatively impact foreign inflows and external reserves accretion, which would limit the ability of the Central Bank of Nigeria to intervene at the foreign exchange market.

It projected that external reserves might fall to $3bn by the end of the year.

Previous FG To Get N100bn From CACOVID For Fight Against Insecurity
Next PHOTOS: WTO DG, Nigeria’s Health Minister, Others Meet On Technical Support To Nigeria

Again, President Muhammadu Buhari has expressed a vote of confidence in Godwin Emefiele, governor of …