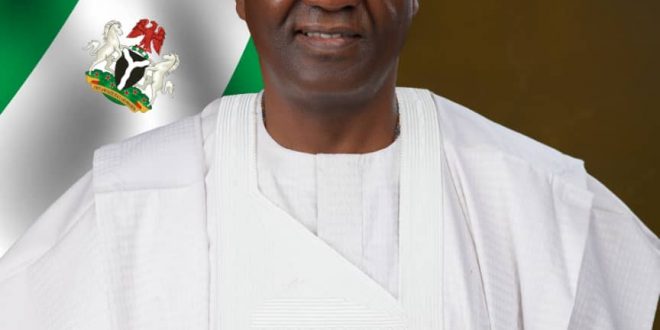 His appointment which took effect from 6th June 2022 was contained in a letter dated 23rd June 2022 and signed by the Honourable Minister of Industry, Trade and Investment Otunba Niyi Adebayo CON.

Mr Fasanya is a seasoned technocrat and a certified Business Development Advisor with a proven track record of landmark accomplishments of thirty-five years in the MSME ecosystem in Nigeria. It is expected that he will bring to bear his wealth of experience on his new national assignment.

He switched into Public Service, joining the National Productivity Centre (NPC) Abuja where he served as Productivity Officer, Senior Productivity Officer, Assistant Chief Public Relations Officer, and Chief Public Relations Officer between August 1998 to June 1999.
Mr Fasanya also served as Personal Assistant to Hon. Minister of State, Ministry of Defence between June 1999 to February 2002 and later Special Assistant to the Hon. Minister of Solid Minerals between February 2002 to May 2003.

Mr Fasanya was among those that formed the nucleus of pioneer staff of the Small and Medium Enterprises Development Agency of Nigeria (SMEDAN) in 2003 where he served as a Special Assistant to the Pioneer Director General/CEO of the Agency, Mrs Modupe Adelaja and was overseeing all units under the Director General’s Office as Deputy Director and Group Head, Corporate Affairs.
This dedicated and committed civil servant became the Acting Director General of SMEDAN between July to December 2008.

He was made the Group Head, Strategic Planning, Policy and Coordination between April 2009- January 2011. Mr Fasanya upon his promotion in January 2011 was appointed as Director, Strategic Planning Policy and Coordination, a position he held till October 2014 when he was promoted as Director, Enterprise Development and Promotion, unarguably the engine room of the Agency, a position he held till 2018 when he was appointed to another strategic position as Director, Policy Planning, Research Monitoring and Evaluation, a position he distinguished himself so well till his retirement from the civil service on 3rd June, 2022.

Mr Fasanya no doubt has seen it all in SMEDAN, an establishment whose concept and growth witnessed his inputs. It is therefore not a surprise that the Federal Government under the leadership of President Muhammadu Buhari found in him a good replacement for Dr. Dikko Umaru Radda who served the Agency for six years as DG/CEO.