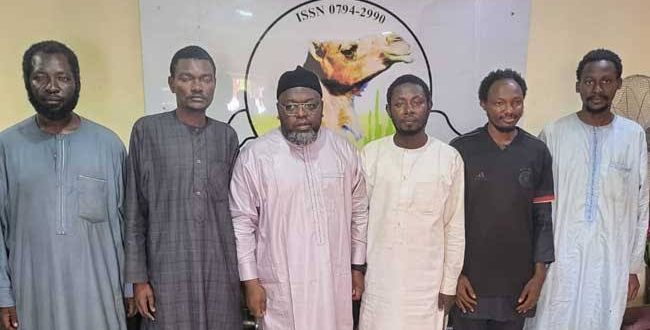 The terrorists that attacked and kidnapped the Abuja-Kaduna-bound train on Tuesday, released five more passengers held hostage in the last five months.

The victims released today brings the number of those released by the terrorists to 37, leaving 35 others in captivity.

A member of the negotiating team, Tukur Mamu said that the victims were released in the afternoon and gave the names of those who regained their freedom as; as Professor Mustapha Umar Imam, who is medical at Usman Dan Fodio University Teaching Hospital, Sokoto, Akibu Lawal, Abubakar Ahmed Rufai Mukthar Shu’aibu and Sidi Aminu Sharif.

Mamu allegedly claimed that he played a  prominent role in the release of the train victims, but later withdraw after several threats to his life, personal integrity and lack of support from the Federal Government.

About 37 victims have regained their freedom while those in captivity as of today remains 35.

The last set released
were three victims made of two males and a female, who regained their freedom on July 25.

The latest victims were said to have been released by the terrorists at a location inside the forest along the Kaduna – Abuja highway, where they were picked up by their relatives.

Recall that gunmen had on March 28 blown up the rail track, killing some and abducting scores of passengers.