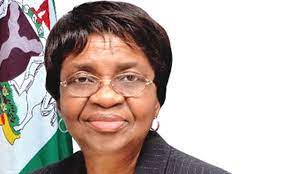 Its Unsafe To Consume Herbal Medicines 14 Days After Production—NAFDAC

Consuming most herbal medicines 14 days after preparation may become disastrous to the human health, the National Agency for Food and Drug Administration and Control has warned.

According to the Director-General, NAFDAC, herbal formulations, after 14 days develop bacteria which are harmful when consumed.

Adeyeye also cautioned against simultaneous use of herbal and conventional medicine, stating that it can lead to death.

The NAFDAC DG, in a statement by the Agency’s Resident Media Consultant, Sayo Akintola, said, “After 14 days, if it is liquid, it may start to develop bacteria that can make people sick.

“It is extremely important not to take it as you see it. Just because you prepare it in your house doesn’t mean you can drink it like water. It may be dangerous.”

This is coming shortly after the Kaduna state chapter of the Agency had condemned the excesses and arbitrary advertisement of herbal medicine in the state.

It had stated that these products must undergo mandatory laboratory evaluation and subsequent certification and registration, before they can be sold to the members of the public.

According to NAFDAC State Coordinator, Nasiru Mato, “Herbal medicines or traditional medicines as they are often called are as old as man himself, in recent times, however, the excesses and arbitrary advertisement of these products are quite alarming.

“NAFDAC is statutorily mandated to regulate and control their manufacture, importation, exportation, distribution, advertisement, sale and use for safety, quality and efficacy.

“NAFDAC is ever willing to strengthen and regularize the herbal medicine practice in conformity with its mandate of safeguarding public health,” the coordinator added.