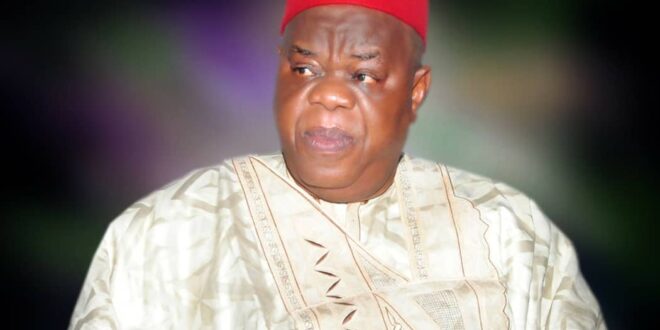 The National Mushroom Growers, Processors and Marketers Association of Nigeria has called on the government to address challenges hindering growth in the mushroom subsector in the country.

This, it said, will enable mushrooms producers benefit from the products’ $45.3bn global market.
The Association also advocated for the inclusion of the subsector into the Anchor Borrowers’ Programme of the Central Bank of Nigeria.

The President of the Association, Michael Awunor made this call at the opening ceremony of the 15th National Mushroom Week held in Abuja on Tuesday.

According to the president, the global demand for mushroom has continued to increase significantly reports by the Food and Agricultural Organization have shown as world production hit 8.99m ton in 2018.

Awunor added that the global market mushroom is also growing exponentially as the market was estimated at $45.3bn in 2020 and projected to reach $72.5bn by 2027.

These statistics, he said, presents a lucrative and attractive option for Nigeria to key into mushroom production for economic diversification, job creation, and the medicinal and nutritional value will greatly enhance the wellbeing of her populace.

He however lamented that a cursory look into the estimated data for mushroom production in Nigeria within the 36 states and the Federal Capital Territory shows no evidence of production in some states.

This estimate probably represents only 10 per cent of the total annual local demand for mushroom in Nigeria, implying that mushroom farmers may need to produce about 1,495,200Kg to meet local demand alone, he said.

He noted with displeasure that despite the numerous opportunities embedded in the subsector, the government is yet to come to the aid of mushroom farmers through the Association.
“A situation where a commodity Association is created by government and left as orphan immediately after launching is very discouraging.

“Mushroom is worst hit in this regard as it is not even enlisted in Anchor Borrowers Programme and many agricultural funding avenues,” he added.

He therefore called for a total review of the funding stricture for the agricultural sector, particularly the mushroom subsector.