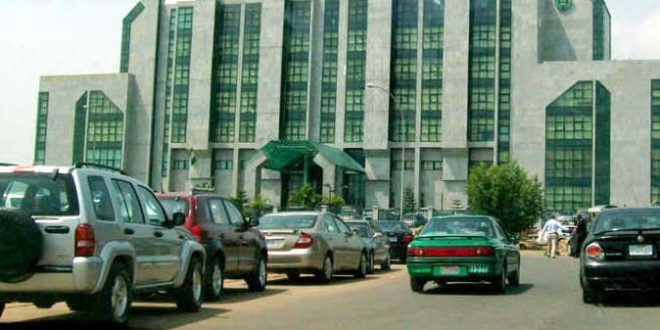 CCB May Get Access To CAC Database To Probe Fraudulent Companies

The Federal Government’s fight against Corruption on Friday received a major boost as the Corporate Affairs Commission (CAC) has commenced moves to grant the Code of Conduct Bureau (CCB) access to its database.

This will enable the CCB to carry out seamless investigations of Companies suspected to be engaged in illicit activities.

The Registrar-General/Chief Executive Officer of the CAC, Alhaji Garba Abubakar, who gave the commitment on Friday during a meeting with the CCB Chairman, Professor Muhammad Isah said time had come for the Commission to explore more areas of collaboration.

Abubakar stressed that in view of CAC’s strategic collaboration with other anti-corruption agencies including the EFCC, ICPC and INTERPOL among others, the Commission established a dedicated unit to expeditiously handle requests for information and other services.

The Registrar-General added that any member of the public could conduct what he called a first level check on the status of any company on the CAC Website through the Public Search window at no cost.

While speaking on the introduction of Beneficial Ownership Disclosure or Person with Significant Control, Abubakar revealed that the disclosure would soon be extended to open data format.

This, he said, would enable investigators extract information on any Company as well as query the database to among others detect whether a particular name had featured in different Companies.

He also revealed that the Commission was working assiduously for integration with the National Identity Management Commission’s database to enable it validate the identity of anyone applying to register a Company.

According to the CAC Boss, this will assist in eliminating incidences of submitting cloned copies of means of identification to the CAC.

Abubakar, therefore reiterated his commitment to ensure continued synergy with the CCB and other Anti-Corruption bodies in a bid to strengthen the anti-money laundering and anti-corruption initiatives of the present administration.

Speaking earlier, the CCB Chairman expressed satisfaction with the support and cooperation the CCB had received from the Registrar-General since his assumption of Office.

Isa who stressed that the CAC and CCB had a lot to do in order to enhance the economic well-being of the country, further noted that Abubakar had ensured what he called expeditious and effective treatment of all requests from the CCB.

The CCB Chairman said in view of emerging trends in Company Law, there was need for more robust collaboration between the two agencies to unravel the identities of those perpetrating various economic crimes in the country.

He stressed that the CCB was among others, empowered to enforce asset declaration as one of the 14 Code of Conduct for Public Officers and added that conflict of interest, bribery, abuse of office, double remuneration, operation of foreign accounts and membership of secret society amongst others were all under their purview.

He described Asset Declaration as the life wire of corruption fight to all Anti-Corruption Agencies and charged Public Officers to declare their assets accordingly as the measure was also meant to protect their interest.