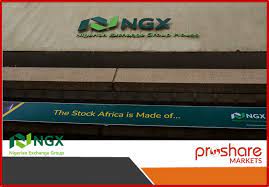 The stock market of the Nigerian Exchange Limited (NGX) gained N6 billion, even as Monetary Policy Committee (MPC) of the Central Bank of Nigeria (CBN) maintained status quo on its rates.

Members of the MPC voted unanimously to maintain the Monetary Policy Rate (MPR) at 11.5 per cent at its concluded meeting. Similarly, the Committee also voted to retain the Cash Reserve Requirement (CRR) at 27.5 per cent, liquidity ratio at 30.0 per cent and asymmetric corridor around the MPR at +100bps/-700bps.

Analysts at InvestmentOne Research said: “In our view, we posit that the committee’s decision to leave all key parameters unchanged is reasonable as hiking rates would impede the recovery we have seen in the economy while loosening rates might worsen inflationary pressures and exacerbate capital flows.

“Nonetheless, we posit that we might see an increase in benchmark interest rate when developed economies raise rates. Furthermore, potential inflationary pressures during the second half of the year may set the stage for a rise in interest rate.”

Analysts at Cordros Securities Limited stated that “Since the start of the year, the performance of the equities market has been broadly positive as the ASI returned 7.5 per cent as at January 24, 2022.