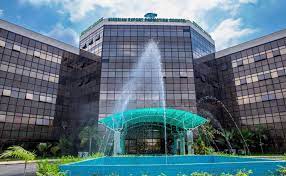 Nigerian Export Promotion Council says it is witnessing a surge in the registration of exporters in the North-East.

The NEPC regional director said though there was enormous potential in the North-East for the export of some products, harnessing produces for export had been hampered by insurgency.

The council which also linked zero export from the North-East to insurgency noted that most exporters out of the region preferred to use Lagos and Kano for exporting their goods overseas.

Okorie said, “Insurgency is a key, a major factor to the lack of export from the region. People no longer go to the farms; people no longer sit at home to do what they are actually supposed to do.

“But as the insurgency is brought under control and awareness is being created, I believe we are going to export from here.”

He said with restoration of peace to the troubled region and sensitization embarked by the NEPC, the council was now witnessing a surge in registration of exporters from the North-East.

Ben Achor and Julie Onmoke, both from the legal unit of the NEPC, who spoke on legal issues involved in packaging, for export, said one major issue Nigerian exporters, have had over the years, was the challenge of packaging product to meet international standards.