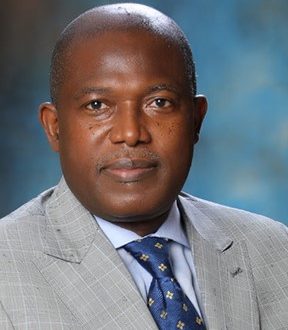 President Muhammadu Buhari has approved the renewal of the appointment of Mr Olukayode Pitan as the Managing Director of the Bank of Industry for a final term of five years.

In a statement issued on Tuesday by the Special Assistant on Media to the Minister of Industry, Trade and Investment, Ifedayo Sayo, the new appointment which takes effect from May 27, 2022, was conveyed via a letter signed by the Secretary to the Government of the Federation, Mr Boss Mustapha and dated March 11, 2022.

Also, the President approved the renewal of the appointment of Alhaji Dikko Aliyu Abdulrahaman as part – time chairman of the bank for a final term of five years with effect from May 27, 2022.

Pitan has corporate and banking experience spanning over 25 years. He graduated with a BSc (Hons) degree in Economics as a UAC scholar from the University of Ibadan in 1982.

Pitan started his banking career in 1986 at Citibank Nigeria. He subsequently joined Industrial Bank Limited (Merchant Bankers) as part of the pioneer team in the role of Head, Trade Finance. He left the Bank in 1991 to run Credit Lease Nigeria Limited, a company founded by him to pursue his dream in export business.

Pitan came back to the banking industry in 1996 by joining FSB International Bank Plc as AGM / Head of Middle Tier market and public sector. He later served as Group Head, Commercial and Consumer Banking Group.  He also headed the Corporate Banking and Energy groups. He was promoted to Executive Director of the Bank and Managing Director of ENSEC (Energy division) in March 2001.

He joined First Interstate Bank Plc in August 2004 as Managing Director/Chief Executive Officer. He led the Bank successfully through a merger with eight other Banks to form Unity Bank Plc. From January 2006 to February 2009 when he voluntarily retired, he served as Executive Director of Unity Bank Plc in charge of Corporate Banking and Treasury Management.