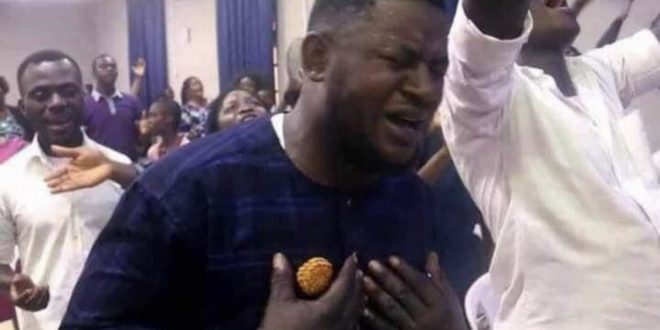 Why I Went Into Kidnapping–Abuja-Based Notorious Kidnapper

The Police in Bayelsa State has paraded kidnap kingpin, John Ewa, alias Lion, who was arrested in Abuja.

Ewa who was responsible for high-profile kidnappings in Bayelsa state was paraded alongside three members of his gang by the police at the Police Officers Mess, Yenagoa Bayelsa state.

The kidnap suspect was arrested by operatives of Operation Puff Adder in Abuja, after which his real identity was revealed.

As against the trick of the name Lyon John that trended on social media, the suspect’s real name was discovered to be John Ewa as reported by the Network.

The Network reported that John Ewa changed his name to John Lyon when he was a dispatch rider at a commercial bank after he was sacked due alleged involvement in criminal activities at the bank.

Ewa, it was learnt, while working at the bank, had handled several errands for his superior which gave him access to privileged information which was supplied to criminal elements to carry out operations.

After his appointment was terminated, Ewa was said to have recruited boys to run a kidnap syndicate with specialisation in kidnapping high profile residents of the state.

According to investigations, operatives of Puff Adder got on the trail of Ewa after the arrest of two suspects, Kingsley Innocent and Godlives Donald involved in the kidnap of Mr Danjuma Emeije a manager with Premium Trust Bank Yenagoa.

Emeije was kidnapped on June 30 2022 and was released after he was said to have parted with a ransom of 50 million.

Police sources said Ewa, who runs Lyon Interior hub as cover for his criminal activities, is known for his lavish lifestyle and heavy spending at night clubs in Yenagoa.

He was said to have masterminded the kidnap of the sister to former Governor Seriake Dickson and top Igbo businessmen forcing many of them to relocate from the state.

During interrogation Police sources said Ewa confessed to have been involved in only two kidnap incidents and denied being part of the gang that kidnapped Danjuma.

Recall that the suspected kidnapper’s story first trended on social media on Sunday. In a viral video, Ewa was seen in handcuffs wearing a boxer at the premises of Operation Puff Adder Yenagoa.

The suspected kidnapper, in the viral video, was seen begging the Police officers to forgive him noting that his wife just gave birth

The Police said Ewa had gone to Premium Trust Bank pretending to be making inquiries on opening an account for his children but was actually gathering information about Danjuma.

Danjuma, who was also at the premises of Puff Adder insisted that he could recognise Ewa as one of the kidnappers who was on a couch while his gang members were brutalizing him.

A Police source said a close friend of Ewa, who is an in-law of a governorship candidate of one of the major political parties in the state, is also in Police custody answering questions on the kidnap incidents in the state.