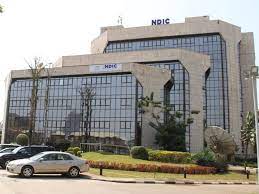 We have enough fund to repay distressed banks’ depositors – NDIC

The Nigeria Deposit Insurance Corporation on Thursday in Kaduna said it had enough funds to pay depositors whose money is trapped in 23 distressed banks across the country.

The Managing Director of the NDIC, Bello Hassan, disclosed this at the ‘NDIC day’ at the ongoing 43rd Kaduna International Trade Fair, Kaduna on Thursday.

He said the corporation has moved for the commencement of payment to the affected depositors.

This is just as he assured that the era of failed banks in the country, was over, adding that the NDIC was living up to its mandates of contributing to financial stability in the country.

The fair is organized by the Kaduna Chambers of Commerce Industries, Mines & Agriculture.

Hassan said part of its core mandate was to protect banks insured by the corporation and ensure financial stability in the nation’s economy.

Represented by the Director of Communication and Public Affairs, Bashir Nuhu, the NDIC boss said apart from proving deposit insurance cover Microfinance banks, commercial banks, non-interest banks, said each depositor were insured up to N500,000 in the event of failure while N2m insures coverage for depositors of Microfinance Banks.

He, however, reiterated that depositors who have funds in excess of the insured limits are paid dividends from the proceeds of assets and debt recovery in respect of the failed banks

The NDIC boss said, “the NDIC has been living up to its mandate and public policy objectives of contributing to financial system stability.

He added, “It may interest you to note that from its dogged liquidation activities, the Corporation has declared 100 percent liquidation dividends to depositors of 22 DMBs in liquidation.