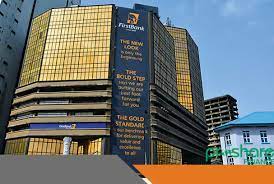 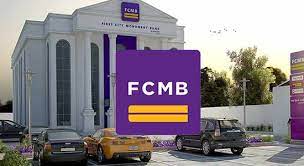 Chapel Hills Denham is dismissing unnecessary panic that will further weaken investors’ sentiment for   First Bank of Nigeria stock as Moody’s is considering downgrading its rating for the lender.

Moody’s on Thursday placed First Bank’s all long-term ratings and assessments on review for downgrade over the recent management shakeup by the Central Bank of Nigeria.

“The review will focus primarily on an assessment of evolving governance considerations at First Bank, specifically corporate governance developments,” Moody’s said in a statement.”

But Oladipo Ajayi, Head Fixed Income Market, Chapel Hill Denham, on Friday said on Channels TV that it was neither time to rush on the bank’s stock nor time for panic.

“It is not really a time to panic. But also it is not a time to be bullish on the stock. To be realistic, anywhere in the world, corporate governance is always the key,” he said.

The apex lender later sacked the entire members of the board of First Bank over the action which it said did not have regulatory backing.

The regulator said it took the decision in a bid to ensure the sanctity of the financial system.

Mood’s insists that the First Bank “needs to implement regulatory directives concerning the resolutions of loans to and shareholding in non-banking related parties, which reportedly had not been executed in the recent past.”

For Moody’s, the results of these developments are uncertain, adding the final and long-term governance, reputational and financial implications of the events for First Bank are also unclear.

It said the review would pay attention to ability to address the shortcomings highlighted by the regulator as concerns its governance and risk procedures.

“Moody’s will also assess the likely impact of these changes on the bank’s risk governance, its solvency level and its on-going efforts to reduce the bank’s stock of NPLs,” it added.

Moody’s also believes the development could distract management’s focus on implementing the bank’s strategic plan and road to recovery.

Moody’s also expressed concern that the bank’s relatively low proportion of provisions to its Non Performing Loans, at just about 40 per cent puts its solvency at some risk in case higher loan-losses materialise than previously expected.

Ajayi said investors factor all the concerns of Moody’s in their investment decisions.

“We just feel it is a time for investors to look into the situation very well before,” investing in that market,” he added.