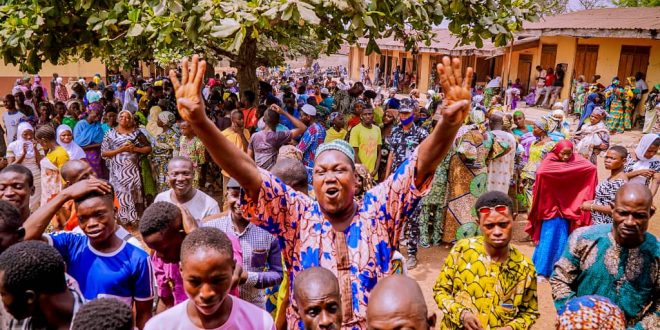 The Adeleke Campaign Organisation has directed supporters and well-wishers of the Osun State Governor-elect, Senator Ademola Adeleke, to avoid unruly celebration of electoral victory or risk being disowned as members of Adeleke’s political family.

In a statement on Sunday, signed by Adeleke’s Spokesperson, Mallam Olawale Rasheed, it was noted that Senator Adeleke condemned the reported violent conduct of some youths celebrating his victory, dissociating himself and his political organisation from such negative activities.

“It has come to the attention of the Governor-elect that some youths are engaging in violent celebrations, leading to isolated attacks on vehicles and even individuals. This is an unacceptable conduct and those involved in such behaviour are warned to stop forthwith.

The Returning Officer for the election and Vice Chancellor of the University of Lagos, Prof. Oluwatoyin Ogundipe, announced that Adeleke of the Peoples Democratic Party got a total of 403,371 votes beating the incumbent, Adegboyega Oyetola of the All Progressives Congress, who got 375,027 votes in a keenly contested race.

This development had made a mass of supporters of Adeleke troop out to the streets and major roads in the state and at Ede, the hometown of Adeleke, to celebrate his victory.