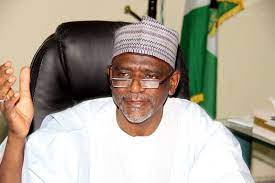 The Minister of Education, Adamu Adamu, on Tuesday said the government could only afford 23.5 percent salary increase for lecturers, while a 35% increment will be enjoyed by professors.

The minister also noted that the President warned against signing agreements which the government will not be able to meet.

Adamu disclosed this while speaking during the meeting with vice-chancellors and other stakeholders in the university system.

He said,”The Federal Government can only afford a 23.5% salary increase for all category of the workforce in Federal Universities, except for the professorial cadre which will enjoy a 35% upward review.

“Henceforth, allowances that pertain to ad-hoc duties of the academic and non-academic staff shall be paid as at when due by the Governing Councils of Universities to which such services are rendered and to the staff who perform
them.

Speaking at the end of the meeting, the pro-chancellor of the National Open University of Nigeria, Professor Peter Okebukola, noted that the government was ready to go all out to ensure that the university lecturers return back to school.

Previous CBN Moves To Recover N5.6bn Debt From Seven Companies
Next We Are Not Push-Overs, Rivers State Has Given PDP The Highest Votes Since 1999, Wike Boasts