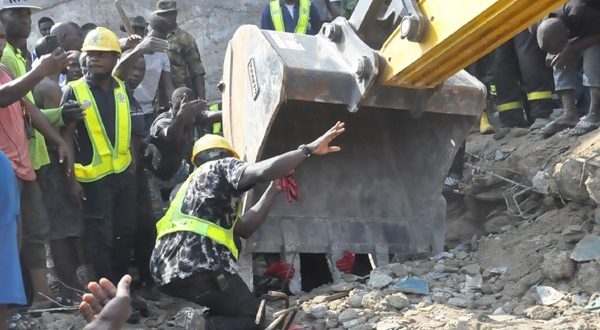 No fewer than seven persons have been reportedly injured at the collapse of an uncompleted 4-storey hotel building at the early hours of Thursday in Ibadan.

The affected building was adjacent to one of the new generations bank at Awosika in Ibadan North local government area of Oyo state.

A rescue team including people in the neighbourhood and passersby have been able to rescue seven people who are currently receiving medical attention at the University College Hospital, Ibadan

An eyewitness account disclosed that the incident occured around 5:45pm when Muslim faithful were returning from early morning prayers.

He disclosed that the numbers of injured persons have risen to seven while rescue team are battling hard to remove the debris in search for other survivors.

Also a combine team of the State Fire Service, Federal Road Safety Commission and other security agencies have been deployed to the scene to minimize casualty rates

As at the time of filing this report, there was no statement on whether the incident has claimed recorded ant casualty or not.