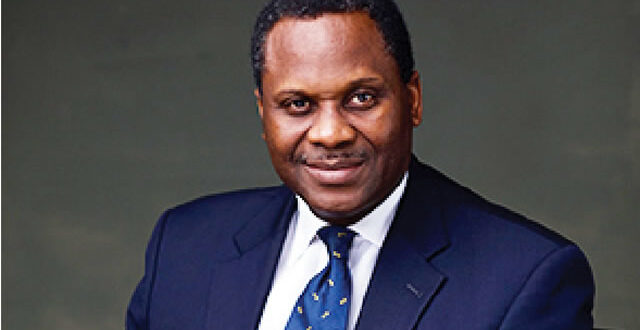 The Executive Vice Chairman/Chief Executive, Federal Competition and Consumer Protection Commission (FCCPC), Mr. Babatunde Irukera, has said the federal government through the Federal Ministry of Health is currently working on a policy to float a capitation fund where public and private health institutions could draw from in order to provide emergency interventions to patients who lack the wherewithal to pay.

Speaking at the domestication of the Patients’ Bill of Rights (PBoR) at the Federal Medical Centre, Jabi, Irukera said although emergency interventions constituted a right that everybody was entitled to regardless of whether they could pay or not, it could sometimes be the most expensive treatment a patient could receive before being stabilised, thus the need to create a special fund to serve as a buffer.

He also said the commission was working towards issuing a regulation that would make it mandatory for every organisation to have an effective redress mechanism in place for addressing consumers’ complaints going forward.

He added that going forward, any breach of the rights of consumers without redress would be penalised.

The consumer rights agency boss said, “There has to be a capitation fund where public or private hospitals can draw from because emergency care sometimes is far more expensive. The initial intervention could be far more expensive than the entire rest of treatment that is required after the patient has been stabilised.”

Irukera explained that the proposed policy represented efforts and considerations that must go into addressing the totality of the value chain of the healthcare system including how to pay for emergencies especially when it is private hospitals that provide those emergency interventions.

He said even a non-paying patient was entitled to these obligations of caregivers, particularly emergency interventions.

He said the inability of organisations to prioritise consumer feedback and redress channels remained “really a problem across the country” adding that “We still haven’t prioritised standards”.

He said, “In every company, their complaints resolution is tied with customer service/feedback. Many times, customer service focuses more on even making call: ‘We haven’t seen your subscription lately, have you dropped us…?”

He said, “In reality, you need to separate addressing the dissatisfaction of consumers. And we are working on it, it is a work in progress across the board.

“We are advocating and we would write it as a regulation and it would become a requirement and there would be a penalty when you don’t have it.”

Irukera said, “So long as you provide services whether free or not, there will be complaints but what is important is that there are mechanisms to address them and escalate them very quickly. And so, we are holding people accountable for that. Beyond the redress mechanism, all of these rights have a statutory flavour. There is the basis in law and it is complex and difficult but it is work that we must do.”

He added: “Even what we do is at the risk of conflict even with other regulators but we have no apologies for doing it anyway because if doing it saves lives, it’s worth it.”

Commenting on the challenges of hospitals demanding police report from patients before administering care, Irukera noted that although the practice remains a challenge, it has however reduced drastically through the FCCPC advocacy.

He added: “We still have a problem in that space but between 2018 and now, the incidence of that has gone down dramatically because of the advocacy and the accountability system.

“Our first public live television investigation was in respect to a girl who was stabbed in the neck and had been taken to a hospital and a question of whether there was a police report since she was a victim of crime arose.

“And because of that investigation, many don’t want that to happen again and the publicity that was associated and feedback associated with it is reducing it.

“What we ask is that each time this happens, keep bringing it to our attention and we will continue to do our advocacy and we need to hold every single person accountable.”

According to him, “There’s no way to perfect society other than these things – accountability, consequences, and advocacy. When somebody faces consequences for doing something, others don’t want to get into that situation.”