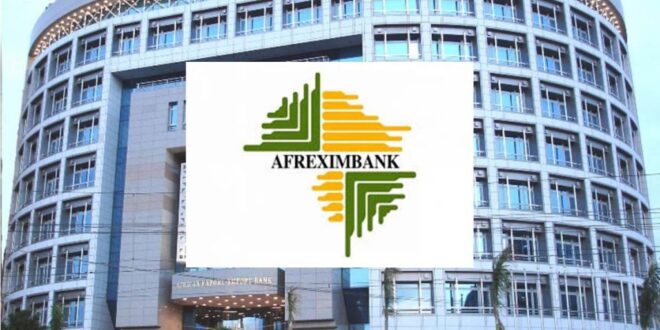 The amount when converted based on the N410 per dollar official exchange rate of the Central Bank of Nigeria translates into N307.5m.

The approval is part of the Regional Sealink Project, which aims to bridge the gap in maritime transport infrastructure and improve trade connectivity in West Africa.

Afreximbank provided a grant of $350,000 to supplement the $450,000 made available by NEXIM, thus completing the financing of the barthymetric survey and hydrograhic and hydrological studies of the lower Niger-Benue River.

The studies will be undertaken under a joint collaboration framework between the Nigerian Navy Hydrography Department, Nigeria’s National Inland waterways Authority (NIWA) and Sealink Consortium Partners.

The completion of the studies will support the early commencement of the inland waterways operations planned under the Regional Sealink Project.

This would enabled the development of the inland waterways navigation chart as well as river ports and anchorage plans that will facilitate both bulk commodities and general cargo shipping, thereby boosting Nigeria’s bulk commodities trade and exports.

The Inland waterways are a key transport mode that plays a vital role in facilitating the efficient and cost-effective movement of goods and providing a competitive alternative to rail and road transport, while ensuring integration into the country’s international logistics chain.

Prof. Benedict Oramah, President of Afreximbank, said the project, which will facilitate regional transit, is timely given the recent commencement of trading under the African Continental Free Trade Agreement (AfCFTA).

He added, “The grant from Afreximbank and NEXIM will allow for the development of infrastructure that will eventually relieve road congestion and enable some bulky commodities and solid minerals to move by the river.

“The project will not only enhance Nigeria’s attractiveness as an investment destination, but also foster regional integration and trade in the ECOWAS region. In addition, it will facilitate the reduction of the level of informal trade, thereby promoting industrialisation and financial inclusion for Micro, Small, and Medium Enterprises (MSMEs).”

Mr. Abubakar Abba Bello, Managing Director of NEXIM, said that the execution of the Grant Agreement strongly aligns with the strategic objectives of Afreximbank and NEXIM in trade promotion and support for the development of trade facilitating and enabling infrastructure.

He noted that this would deepen the partnership engagements of both institutions to foster trade connectivity, especially under the African Continental Free Trade Area (AfCFTA).

He said, “The partnership will also facilitate the implementation of the Regional Sealink project, thereby promoting hinterland, coastal and transit trade as well as the broadening of Nigeria’s export basket with bulk commodities like solid minerals and agricultural products.”

The Regional Sealink Project is a trade facilitation initiative designed to address the critical logistics infrastructure gap towards facilitating and deepening inland and intra-coastal waterways operations.

It was adopted by the Economic Community of West African States (ECOWAS) Commission as one of its seven priority projects under the ECOWAS Community Development Programmes.

Its implementation is expected to mitigate some of the main barriers to regional integration and the growth of cross-border trade, especially trade in large volumes of bulk commodities.