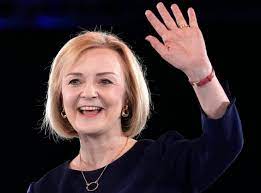 There will be a Conservative leadership election to be completed within the next week, she said

“I will remain as prime minister until a successor has been chosen,” she said

Truss’s premiership has been in turmoil since her mini-budget last month, which rocked markets and was later scrapped by her new chancellor