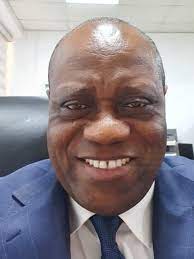 Adeniran Takes Over As Statistician-General, Assures Nigerians Of Reliable Statistics

The new Statistician-General of the Federation, Mr. Semiu Adeniran has taken over the helm of affairs at the National Bureau of Statistics (NBS) on Wednesday.

Adeniran was appointed by President Muhammadu Buhari on May 20, following the death of the former Statistician-General, Mr. Simon Harry.

Harry died on Wednesday, April 13 after a brief illness in Abuja.

Adeniran, while speaking during his assumption of office, said while the event that led to his appointment was a tragic one, he will do everything within his power to continue the legacy of his predecessor.

“As we go forward together, in line with the 3-point agenda set by Dr. Harry, namely: General Administration and Human Resource Management, Infrastructure Development, and Technical Operations, I will seek to consolidate on the achievements he recorded.

“I want to sincerely commend and applaud the staff and management of the office in the manner and way which we conducted ourselves since the turn of the unfortunate event in particular, in the delivery of our statutory mandate, which is data production and dissemination”, he said to members of staff at the NBS.

He also assured them that the current structure of the Office would be maintained and where possible, improved on, as the need arises.

“There will be a considerable effort in ensuring that we deliver on our mandate as a Bureau, which is our first priority as an agency of government.

“Hence, our initial focus will be on strengthening our technical operations by enhancing staff capacity to accurately produce, disseminate and interpret statistics to inform policy design in Nigeria.

“This will be done so as to produce within the system, the kind of thinking that will enable us to drive the Bureau to the levels we desire.

“Our data output must be relevant to the times and reflect the current situation of our country.

“Further along the lines of developing our technical operations, I will seek to further strengthen the newly created Economic Intelligence Unit under the Office of the SG.”

He said this capacity enhancement will be done in several ways, through specially organized trainings and courses, both locally and internationally, on-the-job learning and in-house coaching by a knowledgeable staff of the office, and where necessary, the injection of external capacity to provide support.

Adeniran said this is aimed at closing existing technical gaps already identified across the departments, and also, expanding existing capacity to ensure that, as a system, we are able to cope adequately with the ever-increasing demand for data.

“Specifically, officers will be put through Change Management courses and other orientation programs offered by the Administrative Staff College of Nigeria (ASCON) and other renowned institutions of learning.

“Accordingly, as a matter of urgency, we will accelerate our ongoing work with the World Bank in revising our methodology for producing Labour Force Statistics in Nigeria,” he stated.