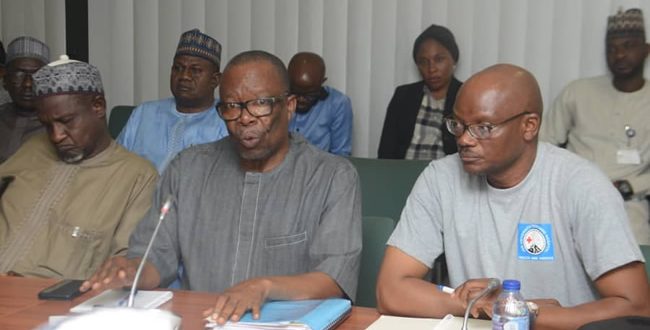 Arrears Pending As ASUU Members Get Full Salaries For November

Members of the Academic Staff Union of Universities (ASUU) have received their full salaries for the month of November.

However, the eight-month arrears that members of the union have been clamouring for have yet to be paid by the Federal Government.

This was revealed by a senior member of the union at Bayer University Kano, Punch reports.

“Some of our members have started receiving salaries and I can confirm to you that we received our full salaries for the month of November. However, the arrears are still withheld,” the ASUU member said.

Lecturers under the aegis of the union revealed earlier this month that they received half salaries for the month of October after the union called off its 8-month strike on October 14th.

“We were only paid for the days after the strike. I received a half salary. Other members are angry right now, they are blaming the NEC for calling off the strike,” a member of ASUU’s National Executive Council said.

Following the development, ASUU’s National Executive Council (NEC) held an emergency meeting where they stated that after suspending their strike due to the interventions of the speaker of the House of Representatives and other well-meaning Nigerians, they noted with dismay that their members were being paid on “pro-rata” basis, like casual workers.

The ASUU President, Prof Emmanuel Osodeke, said the FG’s decision to give them partial salaries contravened “all known rules of engagement in any contract of employment for academics the world over”.

Prior to this, when the union’s strike was still ongoing, the FG had maintained on several occasions that it would adopt a ‘no work, no pay’ approach with the union.

The Education Minister, Adamu Adamu, had said on one occasion that, “The Federal Government is not rescinding the no work- no pay decision. The Federal Government has taken the decision that it will not pay whoever goes on strike. If they call the strike off today, they will be losing 7 months of pay”.

When asked if he thought the government’s decision would not worsen the negotiations going on between the government and the union, he said he believed it would be good news to them.

“I’m sure this will be very good news to the lecturers and I think it will serve as motivation to bring them back to the classrooms,” he said.