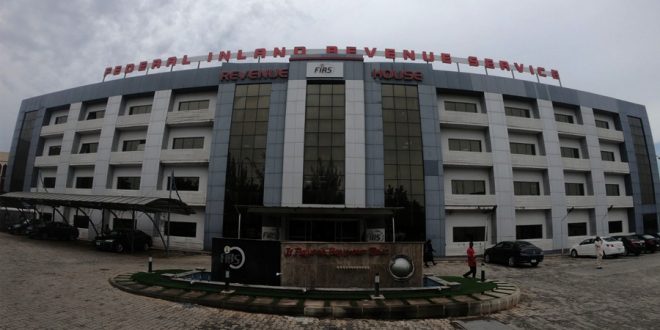 The Federal Inland Revenue Service said it generated the sum of N4.9trn between January and November from taxes for the Federation.

Out of the N4.9trn collected since the beginning of the year, 77 per cent representing N3.77trn was from non-oil sources, while oil revenue is 23 per cent or N1.23trn

It also unveiled its contact centre for taxpayers to access services of the agency by speaking with a call centre agent in various Nigerian languages to resolve identified challenges.

The Executive Chairman of FIRS, Mr. Muhammad Nami, said this in Abuja at a National Symposium on “Taxation and Challenges of External Shocks: Lessons and Policy Options for Nigeria.”

The event was organised by the FIRS in conjunction with the Usmanu Danfodiyo University, Sokoto.

Nami said the Service will henceforth go through the Ministry of Finance, Budget and National Planning to ensure that all government revenue is included in the accounting for taxes generated.

The FIRS system, he stated, will now simultaneously indicate the amounts invested by taxpayers in road infrastructure which is consistent with executive order 007.

The FIRS boss said, “For the country to achieve meaningful and sustainable growth in tax revenue, and minimize our dependence on oil revenue, there is the need for continuous reform of our operations and processes, of our human capital development, the adoption of technology, and the tax laws.

“These key areas have remained paramount to the current Board and Management of the Service. And the achievements we have recorded in improving and sustaining the revenue growth since 2020 to date irrespective of the challenges posed by the Covid-19 can be attributed to these reform initiatives”.

He said the system would also show the tax waivers granted pioneer companies, import and excise duties waived through the operations of the Nigeria Customs and all other revenues generated by Ministries Departments and Agencies (MDAs) on behalf of the Federal, State and Local governments in Nigeria.

According to him, the measures, when implemented, will align Nigeria with global best practices in reporting public finance and guarantee a more transparent and more accurate picture of the country’s Tax-to-Gross Domestic Product ratio.

The FIRS Boss said the move would also help ensure that all government revenue is included in the fiscal accounts and annual statistics of the FIRS.

Earlier in his remarks, a David Adejoh, who represented the Secretary to the Government of the Federation, Boss Mustapha, said that the time has come for Nigeria to strongly harness all non-oil revenue sources, especially now that the rampaging COVID-19 crisis has crashed the demand for petroleum products.

“We need to seek other sources of revenue besides oil to avoid a looming fiscal crisis that can decapitate the economy.

“Tax Pro Max has really helped in revenue generation, but our tax to GDP ratio is still low at six per cent; lower than some African countries and efforts should be made to improve it”, he added.

In her keynote address on Taxation and the Challenges of External Shocks: Lessons and Policy Options for Nigeria, a former Executive Chairman, FIRS, Mrs Ifueko Omogui Okauru urged the FIRS to allow companies to carry out a self-audit and remit the taxes they feel is appropriate, while the agency works out ways to ascertain whether the money was inadequate or not.

He said this was better than not collecting any revenue whenever there is a tax dispute with evaders.

She said, “We need to deepen taxation in primary, secondary and tertiary institutions. It makes it easier for your work in advocacy and all that. We can’t grow in isolation.”