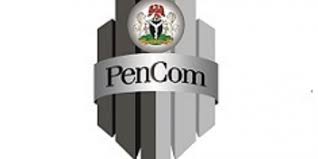 The National Pension Commission has said that the annual pre-retirement verification and enrolment exercise for both retirees and prospective retirees of treasury funded Ministries Department and Agencies will go-live on September 1.

The commission said this on Monday after the conclusion of the pilot online pre-retirement verification and enrolment exercise in August.

But the concerned retirees and prospective retirees must complete their verification and enrolment with their Pension Fund Administrator (PFAs) by October 29, Pencom said.

The pensions body had in August said that it has developed an application for the yearly pre-retirement verification and enrolment exercise, a move aimed at eliminating the bottleneck experienced in the manual exercise.

The pilot run of the exercise took place between 2nd to 20th August 2021 with selected MDAs in the six Geo-Political Zones and the Federal Capital Territory (FCT) in order to test-run the application with real-time data.

According to the commission, the eligible persons for the September 1, exercise are the Employees of FG treasury-funded MDAs who retired between January and August 2021.

The second group according to the commission are FG treasury-funded MDAs employees whose retirement will be due from September 2021.

The regulator also said the third category are the employees of FG treasury-funded MDAs who missed the enrolment exercise in previous years.

PenCom said the qualified employees have two enrolment options as they could use the self-assist option available on its website to initiate the process.

“This is done by registering and capturing their enrollment details as well as uploading scanned copies of the required documents before proceeding to their respective PFAs for physical enrolment,” said Pencom.

The second option according to the commission is to use the Pension Desk Officer (PDO) and PFA- assisted method.

Pencom explained, “Retirees/prospective retirees who are unable to complete the online registration for any reason could approach the PDO of their respective MDAs or visit their PFAs for assistance.”