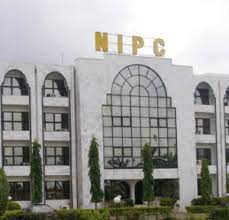 The Nigerian Investment Promotion Commission has commended the recent Central Bank of Nigeria’s policy which limits daily cash withdrawals to N20, 000 and weekly withdrawals to N100,000 for individuals

The policy, which is scheduled to be implemented on January 9, has received backlash from citizens, economists, lawmakers and politicians.

But the Chief Executive Officer, NIPC, Saratu Umar, while speaking with journalists after an interactive stakeholders’ forum with Ministries, Departments and Agencies on Thursday in Abuja, said the new policy of the CBN would ensure adequate and smooth circulation of money in the banking sector and the nation’s economy.

According to her, the development would attract investors both locally and internationally who would be able to access loans and harness growth and development in numerous areas of the economy.

Umar said, “If the CBN is taking steps to ensure that it captures money back into the banking sector so that they can loan it to investors and other sectors, I don’t think there is a problem there.

“It is actually a positive development and we should be happy that an administration has been bold enough to implement it.”

Speaking further, the executive secretary stated that the country had a lot of potential that should not be exploited by borrowing, but rather by leveraging investment opportunities.

She, however, noted that the discouraging reality was the level of resource mobilisation which was insufficient for inclusive growth, forcing the NIPC to seek investments.

She said, “The different plans will be extracted and we will channel our strategy as an institution and with the various MDAs in driving this investment plan forward to every sector in the country.

“This plan is critical in promoting economic growth, job creation and generating wealth for Nigerians as well as facilitate development.

“In 2021, a UN report noted that FDI inflow into Africa grew by 147 per cent. This has accentuated the race by African economies to showcase their investment climate reforms and business-friendly policies.

“With over 170 IPAs worldwide competing to channel FDI to their different countries, a compelling imperative is established that NIPC as Nigeria’s IPA is positioned to ensure that Nigeria gets a fair share of this global market.”