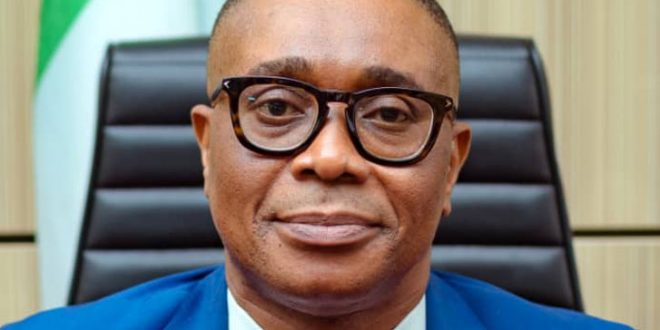 The Managing Director and Chief Executive Officer of the Nigeria Social Insurance Trust Fund (NSITF), Dr Michael Akabogu, has said he will restore dignity at the institution alongside other members of the new management.

The MD said this in Abuja on the account that the former management of the Fund were being investigated for embezzlement leading to loss of trust in the NSITF.

Akabogu was appointed by President Muhammadu Buhari in March following the reconstitution of the NSITF Management Board and the recommendations in the Report of the Presidential Joint Board and Audit Investigation Panel.

The panel was set up in July 2020 with the mandate of investigating the infractions of the Public Procurement Act, 2007, and the Financial Regulations (FR) in the NSITF.

The former MD and the three Executive Directors were accused of embezzling N181, 056,000 on illegal payments of salaries, allowances such as overseas travels and leave allowances among others, THE WHISTLER understands.

The Fund’s new boss said during a media chat that NSITF under his management “is ready to deliver on its mandate and change the public perception about the Fund.”

He added, “We are fully aware of the issues and challenges plaguing the Fund.

“I urge all staff to be fully committed to attempts in changing the negative narratives around it.”

As part of the move to strategically reposition the NSITF, 300 staff of the fund were on Wednesday redeployed across various departments, branches and regions across the country.

Akabogu said his new role at the NSITF would be focused on fulfilling the core mandate of the institution.

The Fund was set up through Act No. 73 of 1993 as a successor of the defunct National Provident Fund (NPF) to cater for employees’ welfare in the event of work-related accidents and injuries.

The Fund is backed up by law to ensure that the Employees Compensation Scheme is adhered to by all Nigerian employers of labor.

Akabogu expressed optimism that the board would create avenues to reward excellent and outstanding service as well as device effective measures to ensure staff welfare.

As part of his target, the NSITF MD said his administration would ensure an increase in productivity across the various departments at the Fund.

He also said the institution would employ quantifiable metrics to measure its performance in the weeks and months ahead as well as make sure payments of claims and compensations are settled promptly.

The Secretary of the new Board, Mrs Ijeoma Okoronkwo, said management is open for constructive criticism that would reposition the institution.

Previous FG Dissatisfied With Lack Of Funding For Water Projects By States
Next Strike: Doctors Slam FG Over Poor Equipment At Hospitals