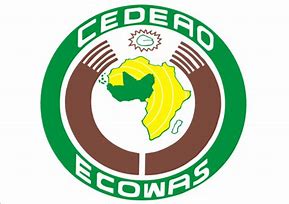 The  Project Coordination Unit of the Economic Community of West African States has provided fruit fly surveillance materials and phytosanitary equipment to the Federal Government to help restart the export of selected fruits from Nigeria.

ECOWAS said the technology would reduce fruit flies’ infestation on Nigerian farms, as well as cut down the loss of fruits and vegetables across the country.

The Commissioner for Economic Affairs and Agriculture, ECOWAS, Massandje Touré, disclosed this in Abuja on Thursday while presenting the equipment to the Federal Ministry of Agricultural and Rural Development.

He explained that the equipment and materials donation was aimed at reinforcing and straightening the performances of the surveillance system as well as the phytosanitary inspection teams in the FMARD for fruit flies monitoring and control.

In fact, the invasion of fruits in West Africa by the fruit fly, Bactrocera dorsalis, drastically reduced yields and brought to a halt the exportation of mango from Nigeria due to strict regulations imposed by the importing countries,” he stated.

Touré, who was represented by an official in the Directorate of Agriculture and Rural Development, ECOWAS, Alain Traore, explained that as a result of this, the European Union and Agence Française de Developpement, funded the project through ECOWAS.

“This project is aimed at arresting the fruit fly menace in member countries,” he stated. The commission stated that the project was executed with direct participation of farmers, whereby surveillance and early warning were demonstrated in commercial mango orchards, in addition to numerous trainings of stakeholders in the mango value chain.

It said the PCU of ECOWAS in consultation with Nigeria National Fruit Flies Management Committee decided to donate the materials and equipment for surveillance and phytosanitary inspection geared towards ushering in a sustainable  surveillance network in Nigeria and the ECOWAS sub-region.

Touré stated that more than 10,000 hectares of mango farms in Benue, Oyo, Nassarawa, Kaduna, Adamawa, Plateau, among other states, would benefit from the technology.

On his part, the Permanent Secretary, FMARD, Ernest Umakhihe, who was represented by the Head of Ho