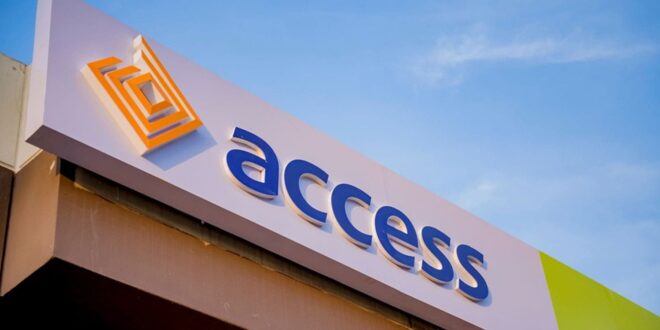 Access Holdings Plc said it has received approval to acquire First Guarantee Pensions, but the amount of the deal was not disclosed.

The development is coming after Access Holdings Plc announced in May that Access Bank was divesting from its pension custody subsidiary.

Access has now received permission from the Central Bank of Nigeria and National Pensions Commission  approval to acquire the entire shares of First Guarantee Pension, it said on Monday.

Access said, “sequel to the earlier announcement, on May 19, 2022 announces today that it has received full regulatory approval of its acquisition of majority equity stake in First Guarantee Pension Limited.

“Following the development, FGPL is now a subsidiary of the Corporation and will provide a springboard for the Corporation’s execution of its ecosystem strategy for the pensions funds administration industry.

“The transaction is in line with our vison to create a globally connected community and ecosystem; inspired by Africa for the world.

“We will deploy our renowned culture of strong risk management, innovative technology and best practice corporate governance to deliver high standards of management and returns on pension assets to the benefit of our stakeholders.”

First Guarantee Pension Limited (FGPL) was incorporated on 5 August 2004 under the Pension Reform Act, 2014 and licensed by PenCom to manage and invest pensions on behalf of public and private sector employees. The final operating license as a PFA was granted 13 January 2006.

PenCom had taken over the management of the embattled FGPL in exercise of its power under the Pension Reform Act, PRA, (2004) in August 2011.

Nze Chidi Duru, FGPL’s former Vice Chairman Board of Directors was accused of diverting ” part of equity contribution of Novare Holdings (Pty) for purchase of a personal property in Lagos. The purchase was handled by the PFA’s (First Guarantee Pension Limited’s) outsourced Company Secretaries.

“Spurious and additional entitlements were paid to Nze Chidi Duru. There was Payment of unapproved consultancy service charges to Novare Holdings whose representatives were also paid as employees of the PFA with benefits, including 10 vacations to South Africa each year paid by the PFA”.

Announcing the takeover, PenCom had said “The National Pension Commission (the Commission), by the powers conferred on it under the Pension Reform Act 2004 (PRA 2004) and in the exercise of its statutory mandate of protecting the pension fund and assets, has taken over the management of First Guarantee Pension Limited (FGPL) with effect from Monday 15th August, 2011. The takeover became necessary due to incessant shareholders squabbles and several issues of adverse corporate governance in the PFA.”