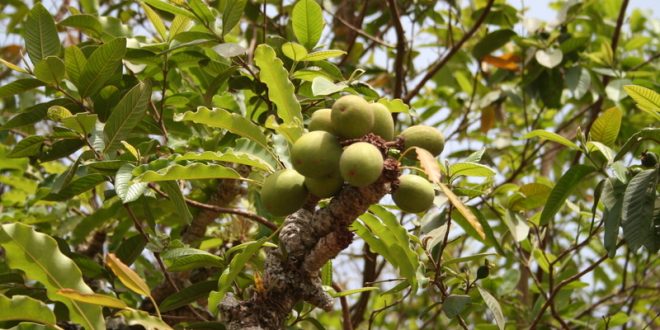 The National Shea Products Association of Nigeria (NASPAN) which is the umbrella body of all practitioners in the Shea sector value chain in Nigeria has called on the government to establish a Council for the promotion of Shea Industry in Nigeria.

This was disclosed in a communique issued after a 3-day national conference from August 24th to 26th, 2021 in Abuja.

The theme of the conference was ‘The Status, the Value and the Future of Shea in Nigeria’s Economic Transformation’.

The Conference was aimed at situating the evolution and development of the shea sector in perspective, with a view to enhancing its viability, promoting its visibility and charting the course to the sustainability of shea nuts and shea butter production in order to optimize the utilization of shea resources and make Nigeria a global leader in the shea market.

In essence, it was held to review the current status of the shea sector as a commodity of great value, with a view to assessing the milestones and drawbacks, escalate its value and increase its visibility in the market place locally and internationally, and also define the path to its future growth, its optimization in the zero-oil campaign of the federal government; thereby positioning Nigerian shea as a commodity which has a great comparative advantage globally, hence maximizing market share access.

At the end of the conference, the stakeholders called for the establishment of parklands and management of shea tree management structure in all the states of Nigeria; promotion of research and development and mobilization of funds for such institutions (NIFOR, RMRDC, universities, research institutes etc.) and sensitization, grouping of community women as well as establishment of hubs in community to centralize processing and optimize resource use.

They also called for the creation of enabling environment for the shea sector to grow and be sustainable through a realistic road map; facilitate easy access to modern technology and processing equipment of low energy consumption; facilitation of access to market through easy export process and regulation; enforcing quality, standards and certification mechanism; further research on reduction of gestation period of shea and accelerated capacity building for farmers and women pickers and processors.

The stakeholders stated that when these put in place, it will help in facilitating an increase of at least 120,000 metric tonnes of shea as investors come onstream; develop a functional model to stimulate the value chain across different shea producing states as well as promote backward integration to use shea waste for energy, fertilizers, pesticides, repellants & disease control.

It stated, ”To attract finance the fear of potential investors should be addressed. Women processors should be trained in basic book keeping, conflict resolution to enable them access funds from investors and the private sector.

“It is important that relevant actors in the shea value chain be involved in policy formulation. Relevant laws in operation in some states are obsolete and needs urgent review and updates.”