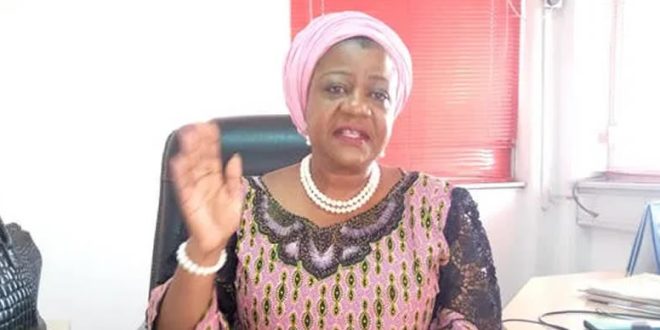 Revenues from Niger-Delta squandered in Abuja, Dubai, US, others—NADDC Chairman

The Chairman, Governing Board of the Niger Delta Development Commission, Lauretta Onochie, has decried the level of underdevelopment in the Niger Delta area despite the humongous funds allocated to the interventionist agency over the years.

She said the NDDC was a shame to the region and the country at large, noting that monies earmarked for the development of the crude oil and gas-rich area were being fretted away to Abuja, Lagos and overseas, while the people of the region live in squalour and abject poverty.

Onochie stated this shortly after assuming office in Port Harcourt, Rivers State, following the handover by the immediate past acting Managing Director of the NDDC, Emmanuel Audu-Ohwavborua, at the commission’s headquarters on Thursday.

She said, “Today is a historic day, not just for the people of the Niger Delta, but for the women of Nigeria. And being a historic day, we have a lot of things going on today. Let me remind us why we are here.

Onochie, however, said the Buhari administration was determined and has shown commitment to turn things around since it assumed office over seven years ago.

The former presidential aide said, “As I said yesterday, at our inauguration, he (Buhari) never does things in his own interest. Everything he does, he does in the interest of Nigerians.  And this board you see here represents that interest.

“We are here to do things differently. We have come up with ideas and I believe that each and every one of you seated here has great and beautiful ideas. If you have been lost in the system of doing things in the way they used to be done, please dust them and throw them away. We have new ideas and we welcome the same new ideas from you.”

Continuing, she said, “We are going to improve the working environment because if you are not happy at the place you work, then those of us at the head will not have your 100 per cent. You have 100 per cent to give, but we demand 110 per cent.

“From what we gathered, there are a lot of politics going on here, not just here, in the ministries as well. We will not tolerate that. Over 20 years, the monies that were expended in this region, found their way to Abuja, Lagos, Dubai, London, the United States, and everywhere, except the Niger Delta.

“And when the President or the government tries to correct things, they use some of the money to mobilise those same people they have put under them to protest against what the government is doing in their own favour.