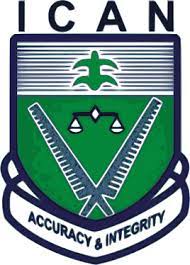 The Institute of Chartered Accountants of Nigeria (ICAN), has been asked to set up an effective mechanism that will sanction its members linked to the stealing of public funds. Last week, the Chairman of ICAN, Jos, Plateau State Capital, Dr Bernard Alkali blew the lid open when he said some ICAN members were involved in aiding corrupt individuals and corporations.

In a statement on Tuesday, Nigeria’s leading anti-corruption group, Human and Environmental Development Agenda, (HEDA Resource Centre) reiterated that billions of public funds stolen by politicians and private individuals are not without the connivance of accountants.

The group also called on anti-corruption agencies to work with ICAN so as to develop a national framework that will tackle corruption and prevent members of professional organizations like ICAN from providing the technical skill needed to siphon public funds.

The statement signed by HEDA’s Chairman, Mr Olanrewaju Suraju commended Alkali saying he was honest to the realities of the Nigerian situation.

“We are glad for a top ICAN official to have admitted what we have always known. There is no way public funds can be stolen without the support and active manipulation of accountants who are members of ICAN, their professional body,” Suraju said saying its organization was ready to work with ICAN to ensure continuous training and ethics are further entrenched in the agelong professional group.

HEDA said “Nigeria loses billions of funds to corruption every year. This has brought political and economic instability. Corruption is linked to unemployment, rising crime rate, violence and terrorism. Nigerians irrespective of creed, faith and ethnicity are victims of this terrible vice. Accountants must recognise they have an important role to play in making the country work.”

The group said it is a well known fact that some Chartered accountants manage the finances of corrupt politicians and individuals, they assist drug barons in managing their assets, they assist owners of illicit funds in money laundering adding that it was time ICAN lived up to the ethos of the accounting profession.

“ICAN should know that it has to be a strategic partner in the anti-corruption campaign. It is in the interest of all Nigerians including ICAN that Nigeria is free of corruption. Coruption affects foreign and local investments while creating a system of waste that stunts growth and development” Suraju said.

Alkali had said that corruption is not a one man show and that there can be no corruption in an organisation if an accountant is not involved.

“This is why when a case of corruption in any organisation is to be investigated, it is the accountant that the anti-graft agencies will first invite for questioning. If accountants decide to end corruption by refusing to get involved, I tell you, this menace will stop,” Alkali who is a University lecturer said.