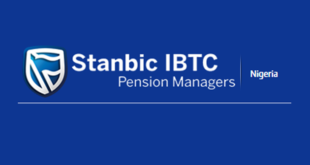 The World Bank on Wednesday said Nigeria and six other countries were responsible for two-thirds of global gas flaring.

It said this in a statement on Wednesday

“These seven countries produce 40 per cent of the world’s oil each year, but account for roughly two-thirds (65 per cent) of global gas flaring.

“This trend is indicative of ongoing, though differing, challenges facing these countries. For example, the United States has thousands of individual flare sites, difficult to connect to a market, while a few high flaring oil fields in East Siberia in the Russian Federation are extremely remote, lacking the infrastructure to capture and transport the associated gas.”

The Global Director for the Energy and Extractives Global Practice at the World Bank, Demetrios Papathanasiou, said, “In the wake of the COVID-19 pandemic, oil-dependent developing countries are feeling the pinch, with constrained revenues and budgets.

“But with gas flaring still releasing over 400 million tons of carbon dioxide equivalent emissions each year, now is the time for action.