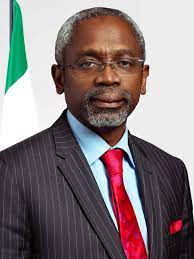 The House of Representatives has resolved to constitute an ad hoc committee to investigate a whistle-blower’s allegation of illegal sale of 48 million barrels of Nigeria’s Bonny Light crude in China in 2015 and the insurance status of the cargo.

The committee is also to investigate all crude oil exports and sales by Nigeria from 2014 to date, with regards to quantity, insurance, revenue generated, remittances into the Federation Account or other accounts as well as utilisation of the revenue for the period under review.

In addition, the panel will investigate all proceeds recovered through the Whistle-Blowers Policy of the regime led by the President, and the level of compliance by the policy.

The committee is to report back within four weeks for further legislative action.

These resolutions followed the unanimous adoption of a motion moved by a member of the House, Ibrahim Isiaka, titled ‘Alleged Loss of over $2.4 Billion in Revenue from Illegal Sale of 48 Million Barrels of Crude Oil Export in 2015, Including Crude Oil Exports from 2014 till Date.’

Isiaka said, “The House is aware of the allegations by a whistle-blower in July 2020 that he (the whistle-blower) had in July 2015, and in response to the current administration’s whistle-blower policy, brought to the attention of a committee purportedly set up by the President for the recovery of missing crude oil exports, the existence of 48 million barrels of Nigeria’s Bonny Light crude oil in storage at several ports in China, ostensibly under the authorisation of the Nigerian National Petroleum Corporation, and the intention of parties in China and the NNPC to sell this cargo.

“The House is also aware that the whistle-blower claimed that the committee, which comprised very high-ranking officials of the administration and NNPC, some of whom he held meetings with, carried out an investigation and confirmed the existence of this cargo, but he discovered in October 2015 that the sale of this cargo had been initiated through unofficial channels…and the eventual refusal of the committee to honour their agreement to pay 5 percent value of the cargo in line with the terms of the whistle-blower policy.

“The House is worried by the allegations that the entire cargo of 48 million barrels of Bonny Light crude was sold without the proceeds being remitted to the coffers of the country, which translated to a loss, to the Nigerian State, of over $2.4bn considering the 2015 global average crude oil price of $52 per barrel.

“The House is concerned that more than two years after these allegations came to the fore and the uncertainty surrounding the required insurance of these crude exports, it becomes imperative that the House ascertains the actual details of all previous crude exports from Nigeria from 2014 till date, with regards to quantity, sale, insurance, revenue generated, payment into the Federation Account and how these proceeds were utilised.”

Meanwhile, another member of the House, Mark Gbilah, whose name was listed as co-sponsor of the motion, raised a point of order to disown it.