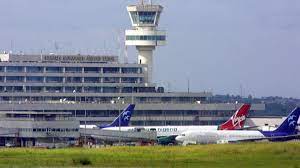 The acquisition which would be done under a Public Private Partnership arrangement follows an announcement by the federal government to put the Kano, Abuja, Lagos and Port Harcourt international airports on concession

Darma who said this at a press briefing in Kano on Monday, revealed that the organization is making efforts to see that MAKIA is conceded to Kano businessmen.

He disclosed that the association has over N50bn in assets, adding that this could be used to finance the acquisition of the Airport.

Darma noted that winning the rights of concession will be of benefit to the people of Kano as it will help provide efficient services for them, generate revenue to the government, and provide employment opportunities

He said, “Following the announcement by the federal government to concede Kano, Abuja, Lagos and Port Harcourt international airports, KACCIMA in collaboration with other relevant stakeholders are moving to acquire Mallam Aminu Kano airport.

“We have the resources and capacity as KACCIMA has huge capital base to afford to get the concession.

“A technical committee has already been set up and we have given it two weeks to look at the guidelines and report back to us.”

He hinted that foreign partners would be given some portion of the airport to manage under the concession arrangement.

“It is also part of the guidelines that foreign partners must be engaged in order to get the concession. I believe if we invite foreign partners, they would help us manage the business more efficiently because they have more skills,” he said.