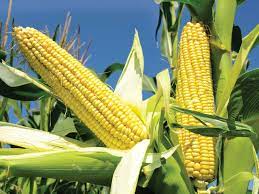 Nigeria expects to produce 23 million metric tonnes of maize this year, a 12% rise from last year, thanks to cheaper credit from the central bank, which has helped blunt the high costs of fertiliser and diesel, the maize growers association said.

Maize, along with rice and wheat are the most consumed grains in Nigeria with manufacturers processing maize for cereals and livestock feed.

But some farmers in the so-called maize belt in northern Nigeria have been forced off their farms due to attacks by Islamist insurgents and gunmen who kidnap people for ransom.

“A lot of funds have been advanced to farmers using the Anchor Borrowers Programme (loan) of the Central Bank of Nigeria,” he said.

“I can tell you it has helped to scale up production, to scale up output because virtually every component of the value chain is being addressed, mechanisation, quality inputs, extension service.”

The central bank is supporting farmers with cheap credit in a bid to reduce grain imports it says drain scarce foreign exchange.

Commercial banks are not keen to lend to farmers due to insecurity and a higher risk of default, Chigozie said.

“The cost of cultivating one hectare of maize farm has gone up by 43%,” he said.

To ensure security, farmers are grouping together to form armed patrol groups while the state governments have set up agro-rangers to provide security to farming communities, Chigozie added.