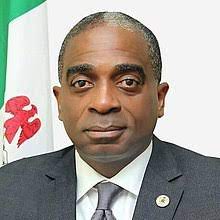 Fidelity Bank Plc said its flagship industry-focused programme in partnership with the Nigerian Export Promotion Council which aims at equipping and training existing and prospective exporters will begin in October.
The bank said in a statement that strengthening the non-oil export sector of the economy had become a necessity in light of the country’s dependence on oil exports for government revenue and foreign exchange earnings.

It stated that in 2016, the bank launched the Export Management Programme in partnership with NEPC and the Pan-African University.

Fidelity said that EMP 11 would hold n Lagos while EMP 12 would come after in Kano.

The Managing Director, Fidelity Bank Plc, Mrs Nneka Onyeali-Ikpe, said the benefits of the non-oil sector to the economy could not be over-emphasised as it would provide the much needed foreign investments, increase the country’s gross domestic product and generate employment.