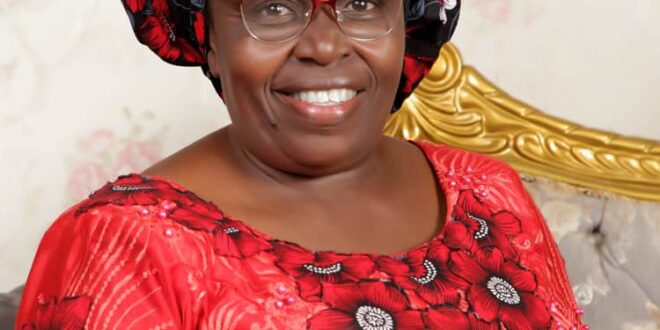 The Federal Ministry of Environment has endorsed the campaign to plant 10 million trees in major locations across the country as a measure to combat desertification and effects of climate change.

The campaign is spearheaded by Association of Flower Nurseries and Landscaping Practitioners, AFNALPA.

In an endorsement letter dated 11th February, 2022 and signed by Mr. Rasak Kolawole Adekola on behalf of the Minister, Sharon Ikeazor, he noted that the campaign is in line with the federal government’s vision to ensure increment on forest cover.

The letter read in part, “I am directed to refer to your letter Ref: AFNALPA10/022/75 dated 12 January, 2022 on the above subject and convey to you the Ministry’s endorsement of your laudable and complementary programme “Plant a Tree Save a life” free planting campaign aimed at planting 10 million frees in major locations across the states nationwide.

“Without any sense of equivocation, this is in line with the Federal Government’s target to increase the nation’s forest cover and thereby contribute to climate change mitigation and sustainable development.

“To that extent, the Ministry will be willing and ready to collaborate with your association in achieving the said target.”

AFNALPA noted that the campaign titled, “Plant A Tree; Save A Life” is in support of the United Nations climate change programme including the Great Green Wall initiative to plant 100 million trees in Africa.

AlPresident of AFNALPA Mary Omoh thanked the Ministry of Environment led by Barrister Sharon Ikeazor for the proactive steps taken on environmental matters saying she has placed the issues of climate change on to the front burner of national and international discourse. They stated that steps of the Minister has shown that most of Nigeria’s environmental challenges are being handled head-on and with the support of well-meaning Nigerians, they would be tackled.

AFNALPA called on Nigerians in the Public and Private sector to key into these global initiatives and support the Federal Government in her bid to eradicate desertification in the country and sub-region.

AFNALPA, according to them, “We would soon unveil their “Plant a Tree and Save a Life Campaign” for Nigerians to key into.”

They said the proposed launch of the Abuja Horticulture Village and the 10 million tree planting campaign will take place at an event to mark its 10th anniversary scheduled to take place between the 9th and 10th of March 2022. The village is expected to host a 10 million capacity tree nursery as well a forest reserve on a 200-hectare land in the FCT.

The event will also feature public lecture with papers to be delivered by the Minister of Environment, the United Nations, Nigerian Conservation Foundation amongst others. The event would also feature an exhibition of best of Nigeria’s horticulture and flowering organisations and an award ceremony for individuals, organisations and companies who have supported Environmental initiatives in Nigeria.