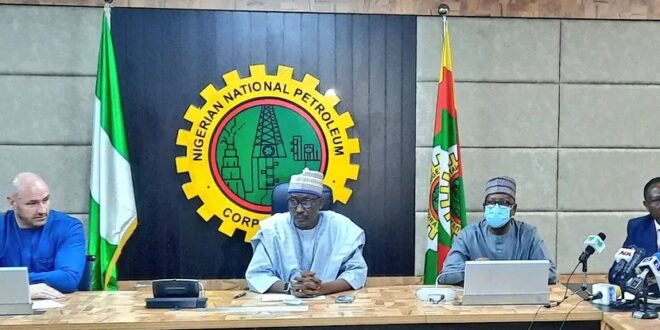 The deal is for the rehabilitation of Port Harcourt Refining Company.

This was disclosed by NNPC via its Twitter handle on Tuesday.

The $1.5bn contract was signed on Tuesday by the Managing Director of the Port Harcourt Refinery, Ahmed Dikko, and the Vice President of Tecnimont, Sub-Saharan Africa, Davide Pellizola, respectively for NNPC and Tecnimont.

The signing is the latest indication the contract for the repairs of the 210,000 barrels per-day-refinery has taken off.

Nigeria has four refineries, owned by the government, but imports basically its refined petroleum products.

The approval for the Port Harcourt Refinery was welcomed with mixed reactions as the country in the past spent billions of dollars on refinery maintenance with no success.

The Group Managing Director of the NNPC, Mallam Mele Kyari described the signing of the contract as a significant milestone in Federal Government’s efforts to restore the nation’s refineries to their optimum capacities.

“This is a significant moment in our economic development as a country. We are going to witness a major reduction in the importation of petroleum products and a reduction in constraint on our foreign exchange,” Kyari noted.

The NNPC Boss added that the development will also lead to increase in revenues for the country, employment generation to thousands of Nigerians as well as a significant growth of the nation’s manufacturing sector.

The sign-off ceremony was a culmination of a pain-staking EPC contractor selection process conducted by the NNPC which saw Tecnimont SpA emerging as the contract winner for the Engineering, Procurement, Construction, Installation & Commissioning Services in PHRC at the sum of $1.5bn.

Tecnimont SpA is a representative of the Original Refinery Builder  which is one of the top ten global EPCIC Contractor in refineries.

It is globally reputable and capable, with requisite experience of similar jobs across the globe.