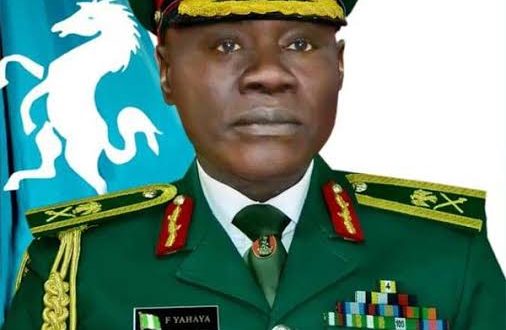 The Nigerian Army (NA) on Saturday dismissed narrative credited to International Society for Civil Liberty and Rule of Law (Intersociety), alleging that the Nigerian military, especially the NA is working with armed herdsmen and bandits to terrorize the Eastern part of the country and Benue state.

In a statement, Director, Army Public Relations, Brigadier General Onyema Nwachukwu said a cursory look at the content showed a business-as-usual pattern of propaganda by the well-known, paid jobbers and fifth columnists christened INTERSOCIETY, who after several failed attempts, still unrepentantly and shamelessly continued to dissipate its energy in mudslinging, all in a futile effort to drag the image and reputation of the Nigerian Army in the mud, while promoting irredentists, lawless and outlawed organizations.

He said that, unfortunately for these mischief makers, the highly patriotic and untiring efforts of the Nigerian Army to neutrally defend the territorial integrity and sovereignty of Nigeria were visible enough and boldly seen by all and had received international accolades.

Nwachukwu said it was on this unmistakable pedigree, that the NA wished to dismiss these concoctions and evil propaganda peddled and served to unsuspecting members of the public by INTERSOCIETY, covertly sponsored by IPOB/ESN, with the singular purpose of destabilizing our dear nation.

He said it was on record, that the Nigerian Army conducted and would still conduct a series of exercises not only in the South Eastern states, but across all the states of the Federation, which has reasonably reduced criminality especially in the South East, where Intersociety’s cohorts like IPOB and ESN could no longer enjoy freedom of action to unleash death and mayhem on Ndigbo and other Nigerians, who did not support their evil bid.

He said Intersociety’s unprofessional posture was crystal clear and evident in its biased and unbalanced submissions and reportage, as it had never openly condemned the atrocious activities of IPOB/ ESN, for which it was fronting.

The Army spokesperson added that InterSociety would rather turn a blind eye, when these groups illegally deny law abiding citizens their rights to freedom of movement and association through their illegal sit-at-home order, the attack on military, police, paramilitary personnel and other security agencies, the attack and callous beheading of Nigerians including ndigbo, the destruction of government facilities and infrastructure, among myriads of other nefarious activities.