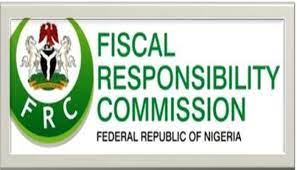 The Chairman of the Fiscal Responsibility Commission, Victor Muruako, has requested the assistance of the Ministry of Communication and Digital Economy to equip the Commission in building its Information and Communications Technology.

Murako who said this would ensure the effective discharge of the Commission’s mandate, commended the Minister of Communications, Isa Pantami for revolutionizing the ICT sector for more economic advantage.

He said an effective ICT base would further position the Fiscal Responsibility Commission as the leading voice in fiscal policy initiatives with cutting-edge skills in information technology.

He made these remarks during a courtesy visit to Pantami.

The Chairman appealed to the Minister for support in equipping the Commission with digital tools which would enhance its performance in fiscal reforms.

He said, “poor budgetary appropriation has not enabled the Commission to build an ICT base that is appropriate for the mandate it carries.

“At the moment, we are doing so much with rather inadequate ICT tool making it look exactly like the Commission is squeezing water out of stone, judging from technology hardware, software, and skillset in the Commission.”

Muruako explained further that the skillsets and the digital tools are crucial to the success of the Commission because they would be helpful in monitoring of revenues of Ministries, Departments, and Agencies, analyzing their financial statements.

This, he added, would help to determine due remittances to the Federal government and making reliable revenue projections which would aid in the delivery of public goods to Nigerians.

He commended the Minister for launching the National Digital Economy Policy and Strategy for a Digital Nigeria (2020-2030) which would provide a solid foundation for governance.

He pointed out that Nigeria’s transition towards a digital economy is a well-thought-out initiative under Pantami’s watch and it would positively rub off on other sectors of Nigeria’s economy.

Responding, Pantami commended the FRC Chairman for initiating the partnership with his Ministry, saying that ICT is no longer a stand-alone sector but a key enabler of other sectors of the Nigerian economy.

He noted that the ICT sector is the fastest growing sector, twice the biggest contributor when compared to oil and gas.

He also praised the efforts of the Commission to keep government Agencies on their toes in the area of accountability and transparency.